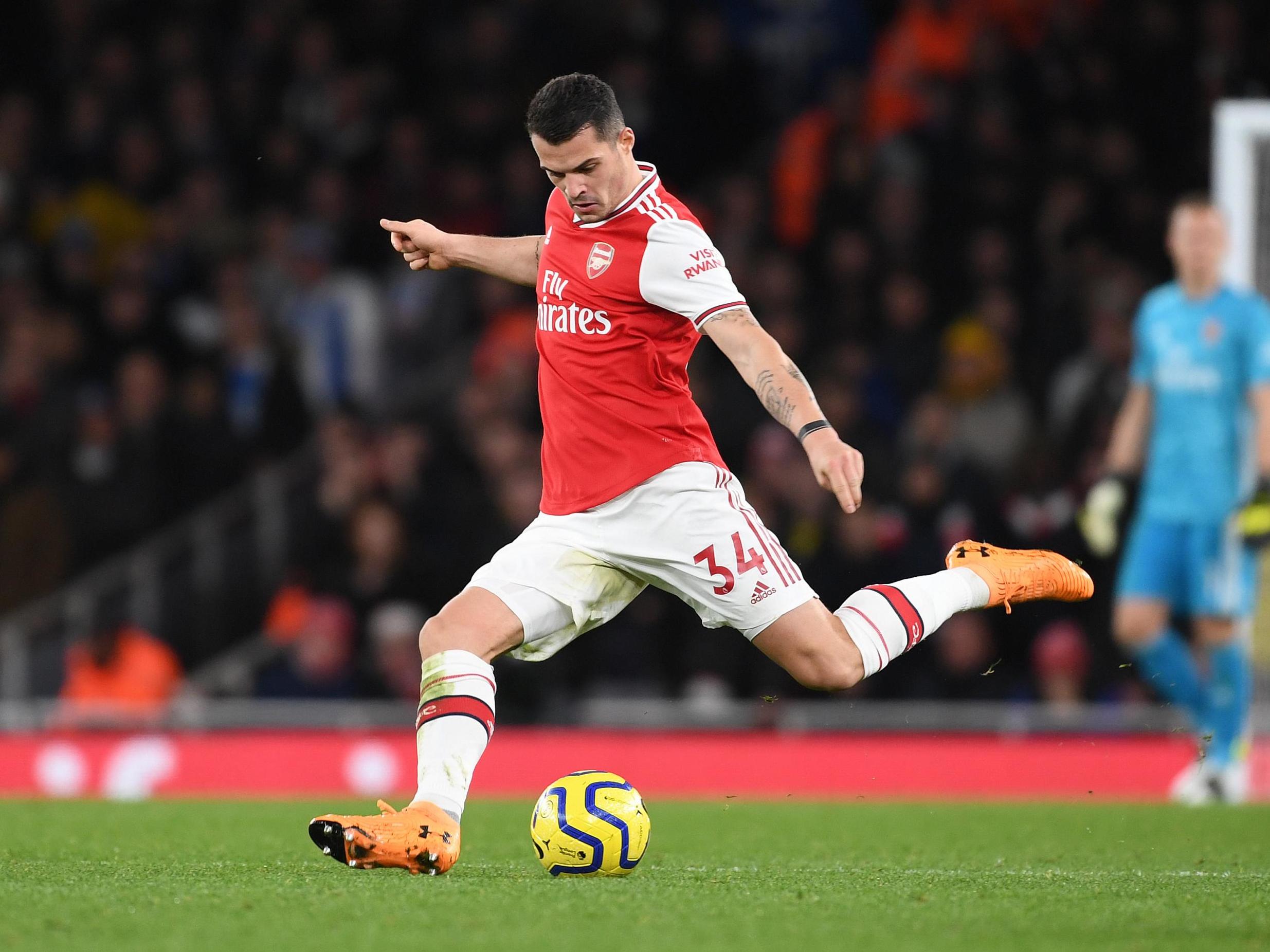 Arsenal midfielder Granit Xhaka wants to leave the Premier League club in the January transfer window and sign with Bundesliga side Hertha Berlin, the player’s agent has said.

Xhaka has had a fractured relationship with the fans since he reacted angrily to being booed when he was substituted against Crystal Palace in October.

He was subsequently stripped of captaincy by former manager Unai Emery.

“Look, I will say it frankly and honestly, we are in agreement with Hertha BSC and would like to go to Berlin,” Xhaka’s agent Jose Noguera told Swiss publication Blick.

“We told Arsenal’s (head of football) Raul Sanllehi and sports director Edu as well as the new coach Mikel Arteta.

“Arsenal were informed about all the steps, the player and Hertha are clear. It is only (a matter of) the transfer fee for the clubs.”

Xhaka was signed from Borussia Monchengladbach in 2016 for around £30m and has made 150 appearances since, scoring 11 goals and providing 17 assists.

New boss Arteta had publicly backed Xhaka to succeed at the north London club, even mentioning that the Swiss international was on his transfer list when he was assistant manager at Manchester City.

However, the agent said the Spanish coach had privately told Xhaka that he was free to leave the club in the close season, which irked the 27-year-old.

Hertha are 12th in the standings with 19 points – four points above the relegation zone – while Arsenal, who host Chelsea on Sunday, are 11th.