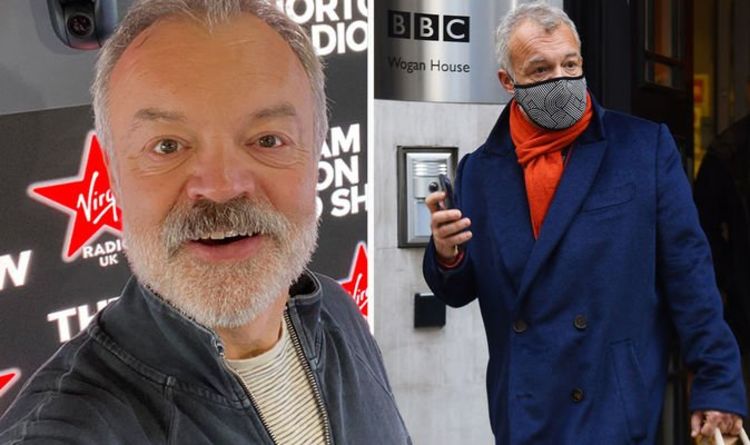 Last month, Graham Norton presented his last Radio 2 show after 10 years on the station. And now, he has opened up about his future with the BBC, after moving to Virgin Radio to host a new weekend show.

In a new interview the TV and radio star confirmed that he has no plans of leaving the network.

The presenter, who has fronted his own self-titled chat show, The Graham Norton Show, on the BBC since 2007, said that the majority of his work is still on the network and would continue as normal.

As well as his chat show, Graham also fronts the annual Eurovision Song Contest, and is a judge on RuPaul’s Drag Race.

As a result, he described himself as “a BBC boy”.

When asked if leaving Radio 2 was a sign that he was planning to quit the BBC, Graham told this week’s Radio Times that it wasn’t.

“No!” he exclaimed, before reassuring fans that he was staying put.

“The vast majority of my work – the Friday-night chat show, Eurovision, RuPaul’s Drag Race – they’re all still on the BBC.

“I still feel very much like a BBC boy,” he added.

“Wrap party for one! Thank you for all the lovely tweets and messages today!” he wrote on Twitter in view of his 1.4 million followers.

“Thanks also to all @BBCRadio2 in Wogan house especially the brilliant skipper @malprin 10 years gone in a flash!

“@mariamcerlane see you on the other side!!!” he added, along with a picture of a giant personalised cookie.

A couple of weeks later and after the festive break, Graham returned to airwaves to present his new show on Virgin Radio.

He also posted a picture of himself in the new studio.

Graham revealed that one perk of his new job was that the studio was closer to home and had a nice view.

Read the full interview in this week’s Radio Times – out now.