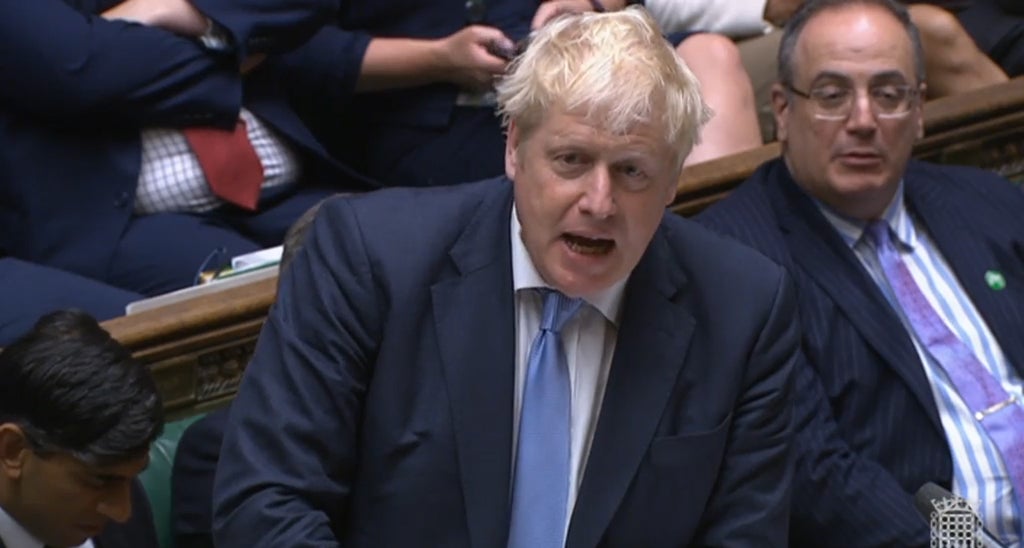 he government has won a Commons vote on tax hikes to raise an extra £12bn to fund social care.

MPs voted by 319 to 248 in favour of the tax raid which mainly involves raising national insurance payments.

Boris Johnson defended his plan to raise National Insurance by 1.25 per cent to fund health and social care, saying it deals with “catastrophic costs” faced by millions.

The Labour benches voted against the proposals and a handful of tories abstained over the plan but with a majority success for the Prime Minister was all but assured.

In Prime Minister’s Questions earlier on Wednesday, Labour leader Sir Keir Starmer pressed him on whether he stood by his promise that no one who needed care would have to sell their home.

The PM did not answer directly, saying his party was taking tough decisions.

In the manifesto-breaking move, the Prime Minister hopes to fix the health backlog caused by the Covid pandemic and boost social care.

Mr Johnson said his plan – which includes capping care costs in England at £86,000 – was the best solution to a funding gap which has faced governments for decades.

“The plan deals – after decades – with catastrophic costs faced by millions of people, the risks that they face, the threat they could face the loss of their homes, their possessions, their ability to pass on anything to their children,” he said.

He added it was the first time the state had stepped in to deal with the threat of such costs and meant insurance companies would now be able to help protect people against the costs of care.

But Sir Keir said the tax was unfair on working people. He added: “Under his plan, a landlord renting out dozens of properties won’t pay a penny more, while their tenants in work will face tax rises of hundreds of pounds a year.

“A care worker earning the minimum wage doesn’t get a pay rise under this plan but does get a tax rise. In what world is that fair?”

Labour’s shadow chancellor Rachel Reeves confirmed during the debate the party would be voting against the tax.