Government-ordered racism review is accused of 'glorifying' the slave trade 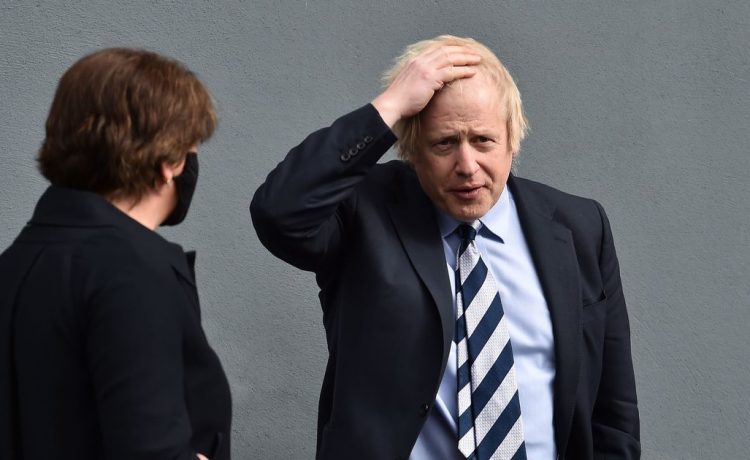 A government-ordered review of racism in the UK has been accused of “glorifying” the slave trade.

Labour hit out today after claims about an apparent silver lining to slavery were included in the 258-page Commission on Race and Ethnic Disparities review.

Boris Johnson set up the report after the Black Lives Matter protests – but it has been slammed for saying there is no evidence Britain is institutionally racist.

The review’s 24 recommendations include a ‘Making of Modern Britain’ teaching resource to help teach children about the contributions of different races to the UK.

However, the report frames the idea as “our response to negative calls for ‘decolonising’ the curriculum”. It says: “Neither the banning of White authors or token expressions of Black achievement will help to broaden young minds.

“We have argued against bringing down statues, instead, we want all children to reclaim their British heritage.

“We want to create a teaching resource that looks at the influence of the UK, particularly during the Empire period.

“One great example would be a dictionary or lexicon of well known British words which are Indian in origin.

“There is a new story about the Caribbean experience which speaks to the slave period not only being about profit and suffering but how culturally African people transformed themselves into a re-modelled African/Britain.”

The Labour MP said: “The government must urgently explain how they came to publish content which glorifies the slave trade and immediately disassociate themselves with these remarks.”

She added on Twitter : “Putting a positive spin on slavery and empire. Published on a Government website in 2021. Is this for real?”

Playwright Bonnie Greer added: “If that #RacismReport says that…it’s not only wrong: …it’s sick. And dangerous.”

The report admitted Britain is not yet a “post-racial society” but added: “We no longer see a Britain where the system is deliberately rigged against ethnic minorities”.

Instead the report claimed “most of the disparities we examined… often do not have their origins in racism”.

And the report criticised “bleak” thinking among some anti-racist campaigners who seek to blame all disparities on white discrimination. It said white prejudice is in fact “dwindling” and those campaigners “divert attention from the other reasons for minority success and failure”.

The report said some of the reasons for ethnic minority groups struggling for equality are “embedded in the cultures and attitudes of those minority communities themselves”.

Meanwhile the report – led by 10 people from science, education, economics, broadcasting, medicine, and policing, almost all from ethnic minority backgrounds – remarked on “just how stuck some groups from the White majority are”.

“No one in the report is saying racism doesn’t exist,” commission chair Dr Tony Sewell – a former teacher who grew up in Brixton – told the BBC. But he said “the evidence of actual institutional racism, that wasn’t there, we didn’t find that in our report”.

But a race equality think tank questioned the suitability of Dr Sewell as chairman of the commission – after he previously claimed evidence of the existence of institutional racism was “flimsy”.

Dr Sewell worked with Boris Johnson in 2013 when he led the then London mayor’s education inquiry into the capital’s schools. Writing in Prospect magazine in 2010, Dr Sewell, an international education consultant, said: “Much of the supposed evidence of institutional racism is flimsy.”

Dr Halima Begum, chief executive of race equality think tank the Runnymede Trust, said it was “deeply, deeply worrying” that the commission had denied the existence of institutional racism.

She said: “Frankly, by denying the evidence of institutional racism and tinkering with issues like unconscious bias training and use of the term ‘BAME’, I think they’ve insulted every ethnic minority in this country – the people who continue to experience racism on a daily basis.”

The Commission’s 24 recommendations in full

1. Challenge racial discrimination by tackling racist abuse online and also by increasing EHRC funding so they can use enforcement and litigation powers

2. Review how the CQC, which inspects hospitals and care homes, takes account of the diversity of health and social care staff

3. Improve the transparency of all public sector organisations making policy and funding decisions based on data algorithms

4. Police chiefs and BAME communities to set up ‘safeguarding trust’ groups to hold local forces to account on their use of stop and search, use of force and internal misconduct

5. Police chiefs to draw up plan for improved use of stop and search and give officers at all levels de-escalation training

6. Department for Education to research how to emulate educational success of children from communities like Chinese and Indian to all backgrounds

7. More funding to reduce educational gap faced by most disadvantaged children, taking into account geography, gender and wealth as well as race.

8. Bosses to ditch unconscious bias training in favour of sponsorship and skills training, with more research on what works in creating a level playing field

9. All companies that publish their ethnicity pay gap figures to break this up by ethnic group and publish an action plan to narrow any disparities

10. NHS England to review its ethnicity pay gap and set out a plan to tackle discrimination where it is found

11. Set up new Office for Health Disparities to improve life expectancy in all groups – with focus on how ethnic minority groups are affected by different conditions

12. Tackle disproportionate number of ethnic minority young people going into criminal justice system due to low-level Class B drug possession by referring them to drugs course instead

14. Police officers who fail to switch on body worn cameras during stop and search must provide written explanation to their boss, which stopped individual has right to see

17. HSBC to work with universities to pilot enterprise programme for aspiring entrepreneurs from under-represented and low-income backgrounds, with other banks to follow

18. Youth offending teams to set up mobile apps, text line or chatbots for young people at risk of being drawn into criminality and offer local support

19. Major review on supporting families to look at how parents can be supported to navigate education, work and the justice system – and research parenting in different communities

20. Independent experts to produce teaching resources so the contributions made by different communities to this country are

embedded into the curriculum

21. Create police forces that better represent the communities they serve

22. Police forces to design recruitment pilots that match candidates’ life skills with the needs of their communities

24. The Government to move away from using the term ‘BAME’ and instead focus on disparities between specific ethnic groups