K-Pop group GOT7 has won their first Daesang.

The boy group attended the Asia Artist Awards in Vietnam on Tuesday, where they won Performance of the Year for comeback single You Calling My Name – six years after their debut.

On stage singer Jinyoung hinted that the past year, which has included two comebacks and a world tour, hadn’t been an easy one for them.

He said: ‘2019 was a very cold year. We’ll receive this great award and share the energy with our juniors with the hopes that 2020 will be a warm year.’

Their fans IGOT7 celebrated with their faves using the hashtag ‘#IGOT7 proud of Got7’.

The group also picked up an award for Best K-Culture (Singer).

K-Pop veterans Super Junior, girl groups LOONA and MOMOLAND, rapper Zico and boy group NU’EST were among the artists to take home other gongs on the night.

GOT7 released their latest album Call My Name earlier this month and You Calling My Name picked up a win on MusicBank.

The album marked a new direction for the seven-member group as they had a go at a sexy concept.

Following lighter singles such as Lullaby and Eclipse, the shift to slick disco was a new experience for their fans IGot7 – and the members themselves as Jinyoung told Yonhap News: ‘It’s an album that carries feelings and moods we have not done so far. We started off to prepare this album with some fear.

‘This sexy concept is something that we have longed to do for a long time.’

The Daesang win comes off the back of their Keep Spinning world tour, which included a stop at London’s Wembley Arena.

MORE: Shaggy on Sting friendship, bringing reggae to Christmas and celebrating 20 years of It Wasn’t Me 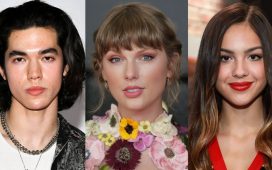 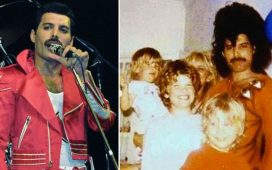