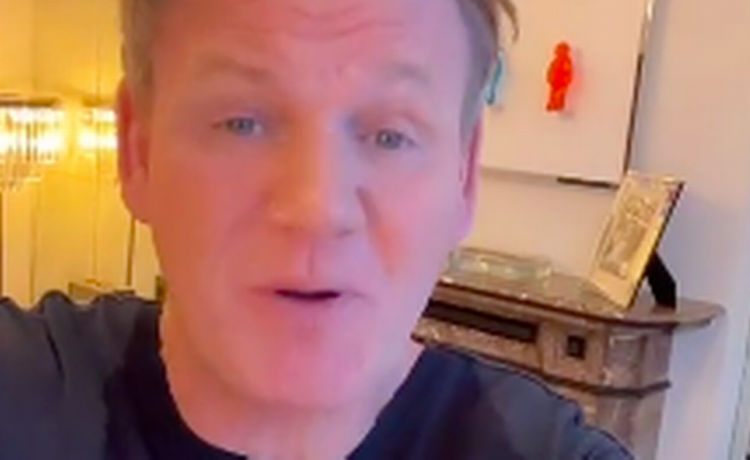 Gordon Ramsay told one budding chef that she had ‘lost the plot’ after she showed off what she does to her crisps.

The American woman in the video by Tik Toker @flavduma shows off what she does to get rid of unwanted flavour on her potato chips.

Taking a stack of pink crab flavoured Pringles, the would be chef says that she finds the crisps as they are in their current state ‘ unhealthy’.

She then shows herself breaking the packet of Pringles into two and removing on of the crisps, or chips as she refers to them.

She reveals that she runs them under a shower head to remove the flavouring explaining: “The flavouring is so unhealthy so what I do is I put these chips in the shower then I put them in the dehydrator for about forty minutes and then you will have the perfect healthy chip.”

As soon as Gordon watched the video he admitted he thought she was going mad.

He said: “Oh no what the hell are you doing – taking your chips to the shower. You’ve lost the plot woman.”

Gordon didn’t show the rest of the video which sees the woman then reforming her soggy crisp into a circle and pitting it into the oven so she can enjoy it without added flavour.

Gordon also described a recent video as ‘Harry Potter’s nightmare’ as he watched a woman wrap dried spaghetti with beef burgers before placing them in frying pan then sprinkling them with Nerds candies before putting them in the oven.

He said ‘Those nerds make your food look like turds.”