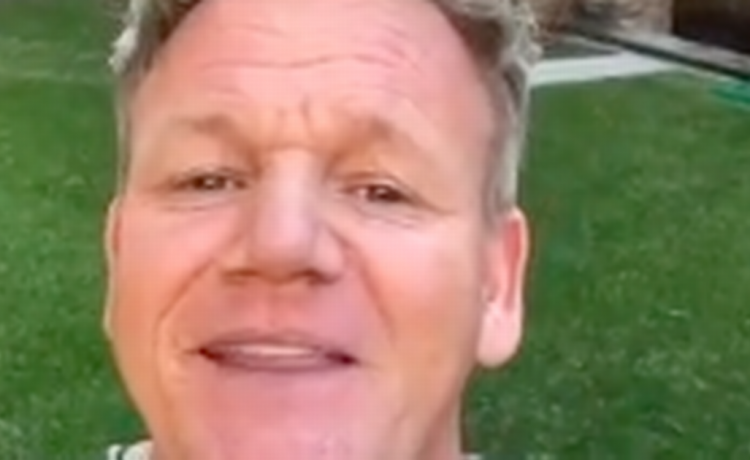 Hell’s Kitchen superchef Gordon Ramsay blasted a cakemaker in America after she created a portrait of the star from spongecake.

Fiesty chef Gordon, who is known for his biting comments, didn’t hold back as U.S baker Amanda created a new version of her Gordon Ramsay face cake for the new year.

Tik Toker Amanda aka Baking Thursdays had previously designed a cake which Gordon claimed looked like fellow Scot ‘Gerry Butler – or my grandad who died ten years ago’.

This time round Amanda said she was ’emotionally, physically and spiritually recovered from Gordon’s sick burn’.

As she produced a fitting portrait of the Hell’s Kitchen chef, she said: “It’s the new year, which means time for new choices so Gordon, how about now. I know its not perfect, but still think I’ve got the wrong Scot?”

Gordon responded: “Ouch. Oh no not again, 2.0. Oh come on, tell me you’re going to get your act together. What is that? Hold on a minute, it starts to look a little like flavourtown. Hold on. No stop it. That looks like a 90 year old Guy Fierie (US Chef). Really?”

Fans begged to disagree with Gordon with some telling Amanda: “The Wrinkles are on point.” Another added” Sorry Mr Ramsay but it looks like you” while another joked: “That ain’t Gordon Ramsay, that’s Rordon Gamsay.”

READ  Lewis Capaldi Chewbacca TRNSMT mask raises over £7,000 for charity at auction
Share on FacebookShare on TwitterShare on PinterestShare on Reddit
newsgrooveJanuary 22, 2021