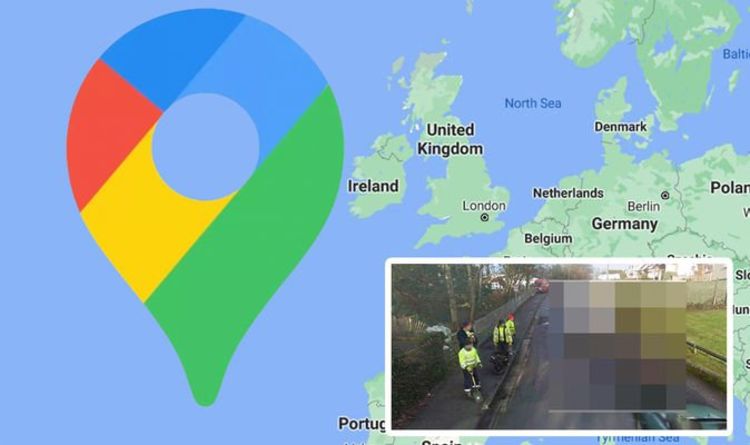 Google Maps Street View is supposed to be used for practical reasons. It’s a highly useful service for exploring locations from ground level on your device. However, it’s also a source of entertaining images.

It would seem the man had been cycling on the pavement when disaster struck.

He has been caught mid-fall.

The bike is part-way through clattering to the ground.

Meanwhile, the man’s hands are thrown forward in an attempt to break the fall.

It’s not known exactly was caused the accident.

However, as if the pain of the fall wasn’t enough, the incident was witnessed by four others.

Directly opposite the cyclist are four workmen who are staring straight at the unfortunate man.

Hilariously they couldn’t look more like they’d posed for the photograph if they’d tried.

What happened next is left for the viewer to ponder.

It’s hoped the cyclist wasn’t too injured in the fall and the workmen came to his aid.

Luckily for him, the man taking the tumble cannot be identified in the shot.

Not only is he facing away from the camera but Street View also appears to have blurred his face out.

READ  10 of the UK’s best open-top bus rides
Share on FacebookShare on TwitterShare on PinterestShare on Reddit
newsgrooveFebruary 20, 2021