(Reuters) – Henrik Stenson almost made albatross at the 15th hole en route to a one-shot victory over Jon Rahm at the Hero World Challenge on Saturday as tournament host Tiger Woods faded down the stretch in the Bahamas.

Stenson hit a mighty approach shot from 260 yards that almost trickled in at the par-five, and the tap-in eagle gave him the sole lead from fast-finishing Rahm.

The Swede held his nerve down the stretch with three straight pars, carding six-under-par 66 at Albany Golf Club on the island of New Providence.

“I made some crucial par-saves on 11 and 14 and obviously shot of the day was that five-wood to a couple of inches on 15,” Stenson said in a greenside interview after finishing at 18-under 270.

His first victory in more than two years will be unofficial for record purposes on the PGA Tour due to the small 18-man field.

Defending champion Rahm, who also eagled the 15th, albeit with a 30-foot putt, shot 66 for second place.

Patrick Reed (66) was among five players in contention deep into the back nine.

The American finished two strokes adrift in third place, a two-shot penalty he received during the third round coming back to haunt him.

Woods was tied for the lead with five holes left but hit three poor shots in a row en route to a bogey at the 14th hole and was never a threat thereafter.

With a 69, he finished four shots back in fourth place in a final competitive sortie before leading the American team as a playing captain at the Presidents Cup in Australia next week.

READ  How do you transfer shares owned by someone who has died?

Stenson, the 2016 British Open champion, had endured a mediocre year and was so disappointed with his 44th-place finish at the European Tour’s season-ending event in Dubai two weeks ago that he had a lesson with coach Pete Cowen.

“Still, confidence can be a little higher at times (but) I’m really happy with the way I hung in there on the back nine.”

He had dipped to 40th in the world but with the victory is projected to jump into the top 30.

“I’d been top-10 in the world for five or six years straight, so that’s where we want to be and I feel like when I’m playing to my potential I can certainly compete with the best,” he said.

It costs £4.5m a year to help CHAS families at darkest times… and we need your help 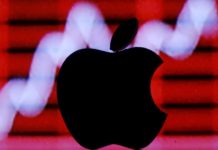 Apple's iPhone back to growth as company braces for coronavirus impact