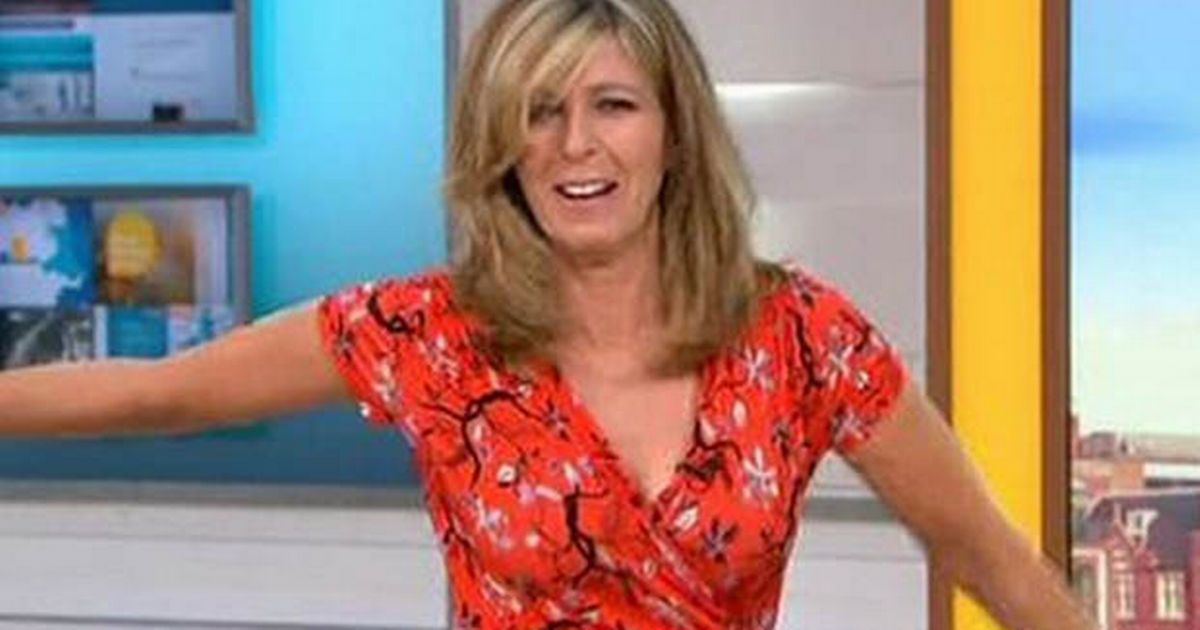 The GMB presenter was enjoyed some well-earned timed off by having a pool day on holiday this week.

However unfortunately for Susanna Reid’s co-star, she had a little mishap during her dip.

Kate, 52, attempted to slide down a dome that was erected in the pool.

But the star suffered an unfortunate fall and landed on her behind as she did so.

Captioning the hilarious post, Kate told her followers: “Yep, first attempt #nailedit! Well if slipping flopping and head butting is the aim that is?!

“As bad as I expected! My son is still giggling! Happy to entertain with my pain!”

Fans were loving the clip, judging by the comments section.

One exclaimed: “Very graceful !! such a sport for sharing, you’re hilarious.”

While another added: “So glad you shared that, so funny.”

A third chimed in: “Love you Kate, you’re a breath of fresh air.”

Kate has been standing in for Piers Morgan and Susanna over the last few weeks while they have been on their summer break.

However, it seems like it’s her chance to have a sun-soaked holiday.