No one wants to see their kid get mangled up, says Ariyana’s dad. His pint-sized daughter is nine years old and already a champion in a sport that is statistically one of the world’s deadliest: bull riding. “Never scared” it says on Ariyana’s belt. But watching her skinny little body swinging off the back of an angry bull is white-knuckle terrifying.

German directors Anna Koch and Julia Lemke follow four cowgirls on the rodeo circuit in a low-key observant documentary that makes no judgments – though you may pass one or two of your own. You can imagine Ariyana being played by a young Jodie Foster or Chloë Grace Moretz. Her dad Xavier is a retired bull-rider – his career ended at the age of 22 after his leg was broken so badly doctors feared it would need to be amputated. Now all his focus is on raising a winner: we watch him snap irritatedly at Ariyana after she crashes off a bull. In their gentle insinuating way, the film-makers cut to another family, happily enjoying a night on the rodeo, giggling kids being kids.

In Texas, 10-year-old Maysun has been on rodeo circuit since she was five. She’s not a bull rider; we watch her compete in an event that looks like wild west dressage, riding like the clappers while impressively dodging obstacles. Maysun’s dad is a farmer. When his wife found out they were expecting a girl he was gutted. “Every guy wants a little boy,” he says in his macho drawl. Now he proudly watches his daughter compete – “buddy” he calls her. Still, if the outfits are anything to go by, sexism in rodeo is harder to budge than a stubborn bull – all those rhinestones and bedazzled denim for the little ladies. 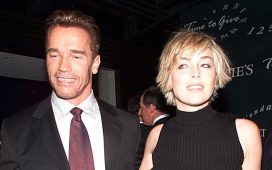 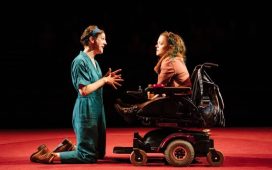 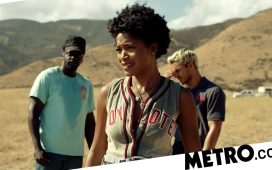