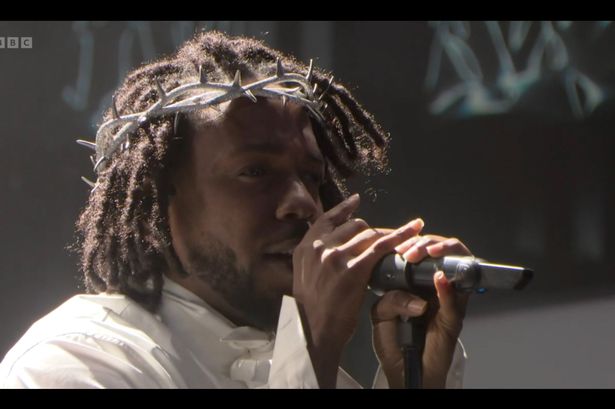 Glastonbury Festival has come to a close for another year – with music lovers packing away their tents, hanging up their bucket hats and heading home.

Michael Eavis, the festival’s founder, had dubbed the special 50th anniversary event ” the best show in town ” and it’s easy to see why.

With history-making performances from Sir Paul McCartney and Billie Eilish, as well as some poignant political statements, this year at Worthy Farm was full of iconic moments and it was certainly worth the three-year wait.

The festival was headlined by Sir Paul, Billie and Kendrick Lamar, with the 34-year-old rapper closing the show.

It was Kendrick’s first time playing Glastonbury. He was originally meant to make his debut in 2020, but the festival was cancelled due to Covid-19.

Kendrick wore a thorn crown for his set
(

Kendrick opened the performance with an eye-catching dance routine, as he emerged wearing a crown of thorns. The huge crowd exploded as the hip hop artist opened with M.A.A.D. City.

Fans managed to scream even louder for his hit song Money Trees and sang along to Swimming Pools, one of the rapper’s first hits to put him on the map.

Kendrick also performed new tracks from his latest album Mr. Morale & the Big Steppers. He was lit by torches as he sang N95.

Fans were quick to Tweet about the performance, with one person saying: “King kendrick. We are witnessing something special here.”

Another wrote: “Bloody hell this is good,” while a third added: “Good thing the stage is coming down tomorrow because #KendrickLamar is absolutely crushing it.”

This year is the second time 20-year-old Billie has made an appearance at the legendary festival, having previously performed on The Other Stage in 2019.

On Friday, she became the youngest solo artist in Glastonbury history to headline the iconic Pyramid Stage and used her performance to highlight backwards changes in the US.

Women and their allies around the word were recently left horrified as the United States Supreme Court overturned the landmark Roe v Wade case which made abortion legal across America.

Billie rattled through a string of her biggest hits
(

As Billie introduced her song Your Power, she drew attention the the “dark day for women”.

She said: “The song we’re about to do is I think one of the favourites that we’ve written and it’s about the concept of power and how we need to always remember how not to abuse it.

“And today is a really, really dark day for women in the US. I’m just going to say that as I cannot bear to think about it any longer in this moment.”

Olivia Rodrigo and Lily Allen also shared their anger towards the shocking decision made on reproductive rights.

Olivia Rodrigo, 19, was joined on stage by surprise guest Lily, 37, and the pair dedicated Lily’s song F**k You to the Supreme Court.

Olivia said: “I’m devastated and terrified and so many women and so many girls are going to die because of this.

“I wanted to dedicate this next song to the five members of the Supreme Court who have shown us that at the end of the day, they truly don’t give a s**t about freedom.”

Olivia dedicated ‘F**k you’ to the Supreme Court
(

One person wrote: “olivia rodrigo at glastonbury name dropping the justices of the supreme court who voted to overturn roe v wade “we hate you” and then singing f**k you by lily allen to them yea that’s my girl.”

Climate activist Greta Thunberg made a surprise appearance at the festival to call out “lying” political leaders.

The 19-year-old told crowds they face a battle against “the forces of greed” if they want to prevent a “total natural catastrophe”.

Appearing on the Pyramid Stage, she said: “Together we can do the seemingly impossible,” and insisted the worse consequences of climate change are avoidable if we act soon.

Elsewhere at the festival, Beatles legend Sir Paul McCartney also made history. At 80, he became Glastonbury’s oldest ever solo headliner.

Macca performed after Noel Gallagher’s High Flying Birds to thousands of excited fans, playing some of the most iconic songs from his decades-long career.

Paul McCartney made history over the weekend
(

His performance included an incredibly moving moment when he duetted with his late Beatles bandmate John Lennon. Afterwards, Paul told the crowd: “If you love someone, make sure you tell them.”

The musician was also joined on stage by two special guests – Dave Grohl from the Foo Fighters and Bruce Springsteen. The pair had flown in from America for the set.

The festival appearance marked the first time Dave had performed in public since his bandmate Taylor Hawkins’ sudden death in March.

Eagle-eyed fans watching Glastonbury at home noticed the former Nirvana star’s tribute to Taylor, as he had a large ‘T’ tattooed on his right hand.

One fan tweeted: ”Dave Grohl pointing to the Taylor Hawkins tribute tattoo on his hand at the end of the #PaulMcCartney set nearly damn finished me off. RIP Hawk.”

Another said: “Lovely moment at end of #PaulMcCartney set when #DaveGrohl pointed to his hand and showed a T tattoo for deeply missed #TaylorHawkins.”

Former Spice Girls star Mel C also made a surprise performance over the weekend and hinted the band might reunite for next year’s festival.

The 48-year-old joined indie pop band Blossoms as they performed a cover of Spice Up Your Life.

Mel C made a surprise appearance alongside Blossoms
(

Mel got into character as her alter ego Sporty Spice, as she rocked a blue tracksuit and red crop top. She recently told BBC Breakfast the Spice Girls would love to perform at Glastonbury.

She said: “It’s the dream, the absolute dream, we would love to do it.”

Also bringing back the nostalgia was 90s R&B group TLC.

TLC took to the stage in silver outfits
(

The duo performed the chart-topping song No Scrubs and wore matching silver outfits, reminiscent of the style worn by the group in the song’s music video.

Audiences were loving the throwback show by the group, with one attendee at the festival Tweeting: “TLC really got the crowd going on the West Holts stage today.”

Diana Ross also entertained crowds as she performed in the coveted ‘legends’ slot on The Pyramid stage on Sunday.

The 78-year-old entertainer described the Glastonbury crowd as the biggest she has ever seen, as she sang some of her classic tunes such as Ain’t No Mountain High Enough and I Will Survive.

Diana Ross looked angelic as she took to the stage
(

The soul singer told fans: “I love you all so much. I love singing during the day time as I can see your faces.”

She took to the stage in an angelic white dress, complete with a feather headdress.

Festival-goers have been sharing their love of Glastonbury on social media, with one person Tweeting: “Wow so brilliant @glastonbury.”

Another said: “Glastonbury is a must.”

A third wrote: “love the Glastonbury festival. You get to hear both old and new music. One of the highlights of the year for me.” 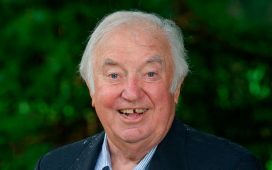 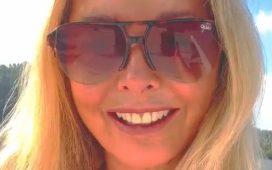 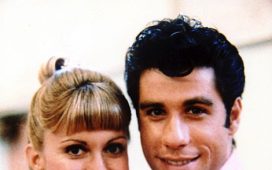 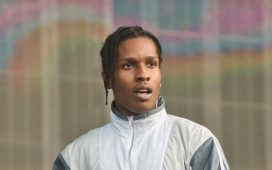 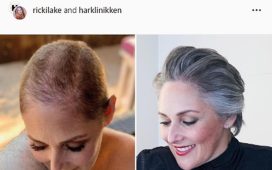 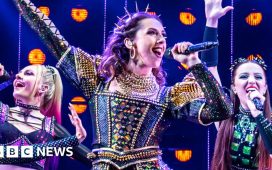