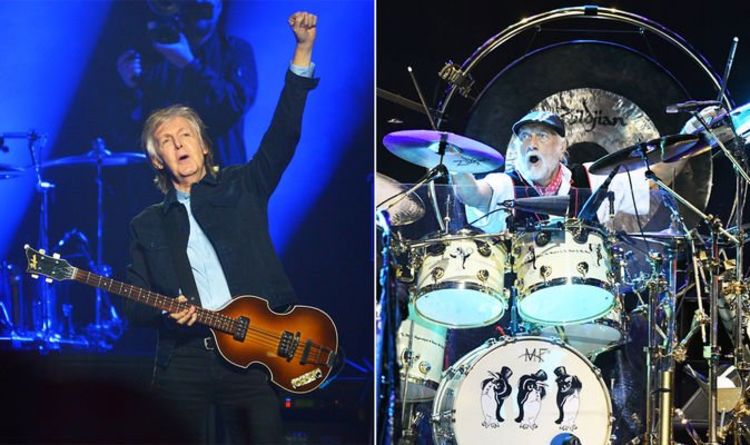 Next year will mark Glastonbury Festival’s 50th anniversary, so no doubt the Pyramid Stage will host some huge headliners. According to Betway, the most likely act is Sir Paul McCartney who is on Evens, while Fleetwood Mac are just behind on 5/4, followed by Foals on 7/4 and Sir Elton John at 11/4. A spokesman for the bookies said: “The most likely headliners at this stage are Paul McCartney, who’s just evens to play for the first time since 2004, and Fleetwood Mac. Fleetwood Mac would be something really special for Glastonbury given they’ve never headlined before, and they’re very popular in the betting at 5/4.”

But even then the keyboardist said Fleetwood Mac hoped to headline Glastonbury one day.

She continued: “I can’t say yes or no to Glastonbury, but I’d like to – so long as I don’t have to wear wellington boots on stage.

“Or maybe I’d just have to roll with it – welly boots with mud.”

Having left Fleetwood Mac in 1998 and rejoined in 2014, the band have now seen long-running lead guitarist Lindsey Buckingham quit last year. However, McVie has noted how Mick is the one who really works hard at unity.

READ  Sophie Turner Wanted This One Game Of Thrones Death To Go Down Differently
Share on FacebookShare on TwitterShare on PinterestShare on Reddit
newsgrooveAugust 28, 2019