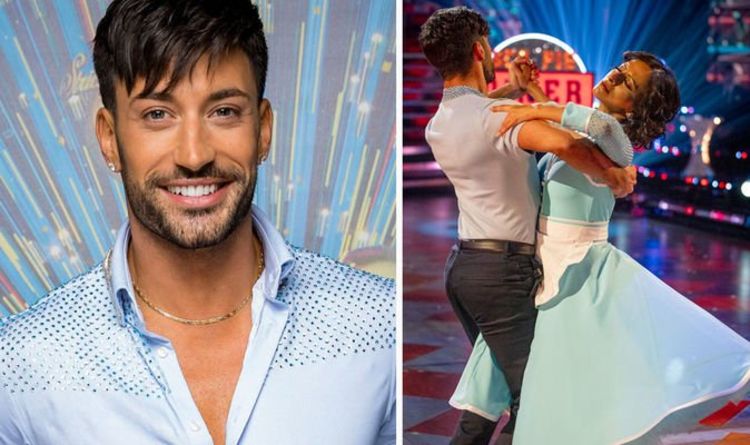 Strictly Come Dancing stars Giovanni Pernice and Ranvir Singh have set tongues wagging about a possible romance between the pair during the most recent series of the BBC show. The 30-year-old professional dancer further fuelled romance rumours when he was heard whispering into the Good Morning Britain host’s ear in a new clip which emerged on Wednesday.

“Pump up your volume for all the sounds from Musicals Week! #Strictly,” the caption that accompanied the video read.

Microphones worn by the contestants and professional dancers picked up what they said to each other during their dance routines.

The audio was then released to give fans a behind-the-scenes insight.

The new footage also picked up conversations between some of the other constants during Musicals Week.

While sitting in the car at the start of their Chitty Chitty Bang Bang routine, Amy Dowden could be heard telling partner JJ Chalmers to cheer up the judges.

“I say park over there and cheer up grumpy Craig Revel Horwood, ok?”