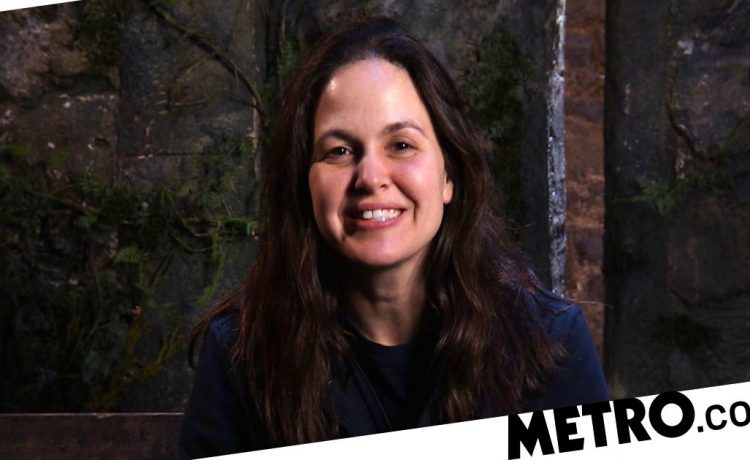 It’s no surprise to me that Giovanna Fletcher is now the favourite to win I’m A Celebrity 2020.

Before she stepped into the castle to take on the critters, challenges and (shudder) hunger, she was known to many – if she was known at all – as the wife of McFly star Tom Fletcher.

Yet in the midst of names such as Sir Mo Farah, Beverley Callard and Victoria Derbyshire – all very well known and clearly nice people – she has long been an idol in her own right to myself, as well as numerous childcare practitioners and hundreds of thousands of parents across the the world.

On her podcast, Happy Mum, Happy Baby, Giovanna talks about parenting with celebrities ranging from Emma Willis and Joe Wicks to actual royalty, the Duchess Of Cambridge Kate Middleton. But her power is not in the guests she manages to attract, more so her ability to show parents that it’s okay to make mistakes.

One thing I have learned from my many years as a nanny, teaching assistant and childcare expert is that parents dwell too much on the mis-steps they think they have made, and that saps the joy of family life.

There is no such thing as the perfect parent yet there is still an outdated notion, perpetuated by many self-help parenting programs and models, that there is one stringent set of rules to bringing up kids, and if you are not following it, you are doing it wrong.

I once worked with a family who set their whole lives around a strict sleep training technique, including leaving a baby to cry and ignoring it. It took some time for me to convince the parents that showing love and care was the right way forward but gradually, it made a huge difference.

No matter who they are, how organised or ‘strong’ or how flaky and chaotic they may be, all parents doubt themselves constantly.

Another family I worked with had a house that was never tidy, and they worried that the chaos was detrimental to upbringing (parents are told in so many ways that environments must always be clean).

But honestly, children thrive in utter pandemonium. Fun is messy, and learning through joy and experimentation is the best way to develop. This is where Giovanna comes in.

A quote from her podcast that has always stuck with me is something said by Kate Middleton: ‘The more people you have around your children who are safe and loving and caring, the better.’ It’s that thought which has kept me in love with nannying all of these years.

I now like to jokingly refer to myself as the ‘Gi’ figure in the families I work with. I have had the pleasure of not just talking with many, many parents but also sharing their lives and adapting to their style of childcare.

I’ve found that the best way to support parents who doubt themselves is not to tell them they’re doing things wrong but to offer reassurance that every child has different needs and personalities.

There is a tendency to get bogged down in ‘training’ to be the right kind of parent but so many that I know respond far better to sharing their experiences and learning from one another.

Getting it ‘wrong’ sometimes doesn’t make you a bad parent and you shouldn’t beat yourself up – this is the ethos Giovanna espouses.

Her attitude clearly comes from a place of love for her children. From the way she talks about her boys in the castle to the not-so-secret finger wiggle signal she sends them to remind them mummy is thinking of them, Giovanna is obviously a woman who lives for her kids.

And unlike others in the castle, she isn’t spending her time sitting on bricks name dropping celebrities she has crossed paths with and nor does she have the ability to suddenly burst into Nessun Dorma – she is a mum, with a naughty sense of humour, a smile, a kind nature and she is the most relatable person in there to so many. No wonder we are voting for her to stay in.

Her husband Tom’s song with McFly may be All About You but right now, the I’m A Celebrity castle is All About Giovanna.

For me, childcare is all about her, too, which is why I am so glad she has done the show. It will no doubt open up a whole new audience to her work, which has shaped the way that I work.

I have always thought of myself as very pro attachment parenting, treating children as my equals, while being very anti punitive discipline. Giovanna taught me that I need to be flexible and tailor my approach to each family.

The lessons and inspiration I continue to draw from her will have lasting and positive impacts on the children I care for and love.

For that, she was already my queen – but now I want her as Queen of the Castle, too.


MORE : Tom Fletcher assures fans he’ll be fine with his three children as Giovanna heads into I’m A Celeb