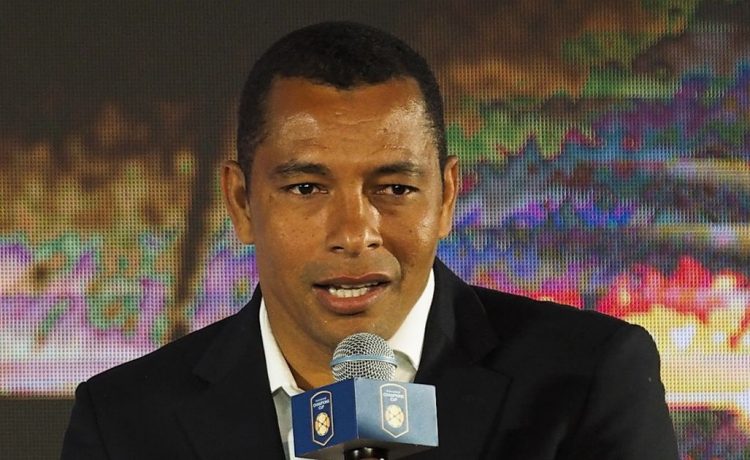 Arsenal legend Gilberto Silva predicts a five-horse race for the Premier League title – though he admits the Gunners will not be in the running.

Silva, who made 244 appearances for Arsenal, said it was “very hard” for him to name former rivals Tottenham as potential title winners, but claims their form under Jose Mourinho is impossible to ignore.

Spurs sit top of the division with 21 points from their opening 10 games, edging out Liverpool on goal difference.

Silva maintains Liverpool remain “very strong” candidates to defend their title, while the other two teams in the top four – Chelsea and Leicester – are contenders.

The Brazilian also refused to rule out Manchester City surging up the table after their mixed start to the season.

“I think Liverpool are an obvious side who are going to be up there,” Silva told Ladbrokes . “They’re still obviously very strong.

“I’m interested to see Leicester this year. Manchester City and Chelsea will be, too.

“It’s hard for me to say, but I think Tottenham are going to be another horse in the title race. Jose Mourinho knows the game very well and he knows how to handle the pressure.

“He knows the mind games very well If the players understand the way he works, then they have a very good chance. He’s done it before with many teams.

“He’s got experience and the ability to manage his players. For sure, every time he goes to a club he creates a winning mentality.

“It’s very hard for me to say Tottenham are title contenders. But I’m an honest person. I cannot lie to myself. They are doing a good job, as we did in the past, and that’s a fact.

Who should be favourite to win the Premier League this season? Have your say here.

“So when you see the facts right in front of you it’s very hard to go against them. There are a lot of games to be played and this competition is about consistency, so let’s see.”

Meanwhile, Silva opened up on Arsenal’s start to the season, which sees his former side 14th in the table having lost more games (five) than they have won (four).

The former Gunners ‘Invincible’ midfielder added: “I always think we have a better understanding of how things will look by the end of the season after Christmas. I think that’s a good time to make these predictions.

“After Christmas you’ve played a good amount of games, and it’s such a tough period both physically and mentally. After Christmas every game becomes important for those teams at the top of the table.

“If you lose a game and your title rivals win, all of a sudden you don’t have as much time to make up for that loss. It’s the same for those at the top of the table as it is for those fighting relegation.”