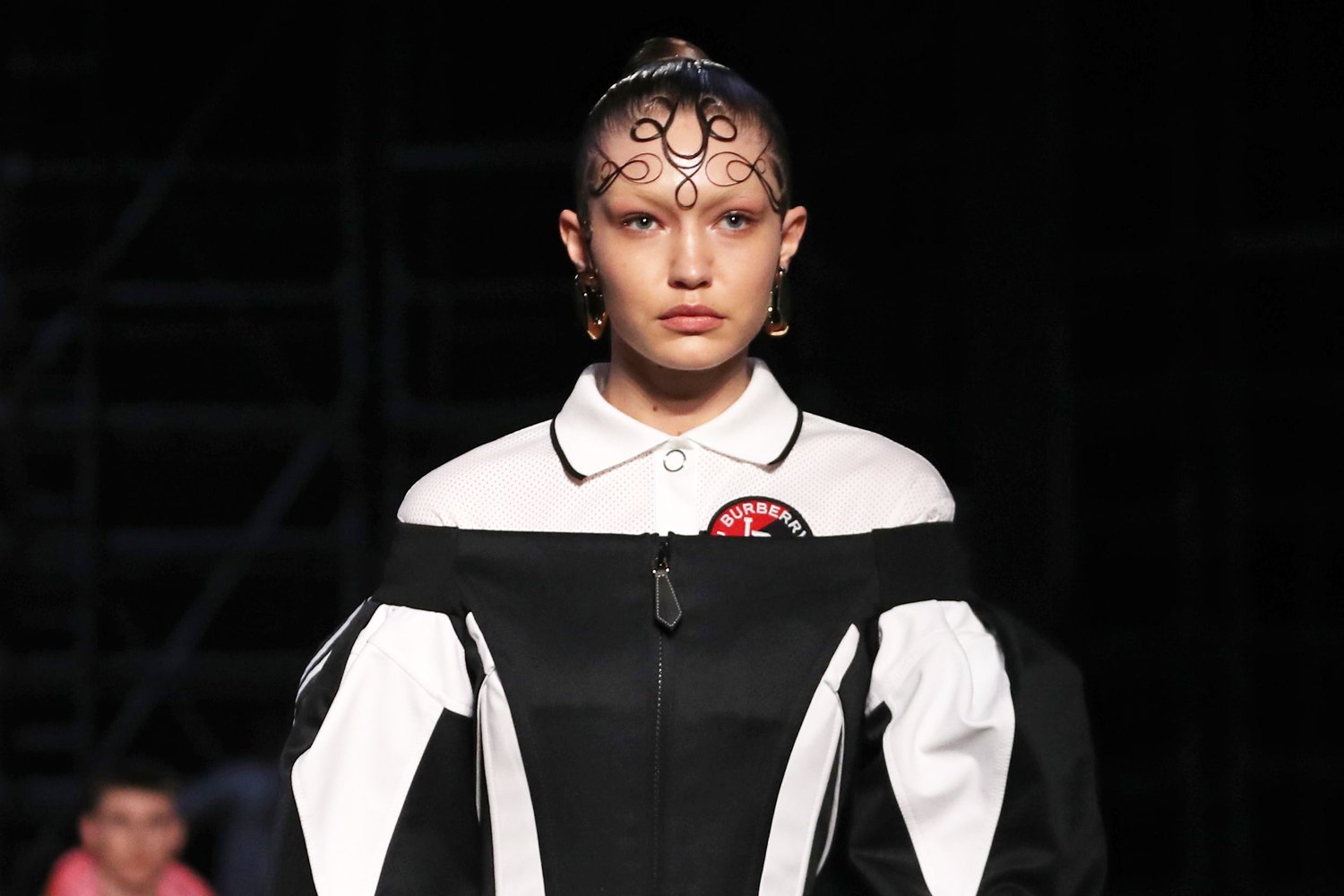 On Sunday evening Gigi Hadid made a surprise appearance at London Fashion Week as she walked her first catwalk for Burberry.

Although the 23-year-old is a household name and well on her way to supermodel status, the model usually dominates the runways of Milan, Paris and New York, having only previously walked two shows at London Fashion Week in 2017, once for Versus Versace, followed by Tommy Hilfiger.

Gigi took to the catwalk in a striking streetwear-inspired look from Riccardo Tisci’s second collection called “Tempest” for the quintessential British brand. The monochrome outfit was the definiton of ‘athleisure’, consisting of a polo dress adorned with a new Burberry crest, which was layered under a corset top with statement sleeves.

The model expertly stomped down the catwalk wearing leather knee-high boots and carrying a matching backpack and puffer coat.

For many, however, the outfit wasn’t the first thing to catch their eye, as the majority of models took to the catwalk with bleached brows and their hair intricately swirled into various designs on their foreheads.

Gigi followed in the footsteps of her model pal, Kendall Jenner, who walked during Tisci’s debut collection at London Fashion Week last season. The young model was also joined on the catwalk by Irina Shayk, Freja Beha Erichsen, Stella Tennant and Mariacarla Boscono.

READ  Merry manicures: take inspiration for your festive mani from your favoured tipple
Share on FacebookShare on TwitterShare on PinterestShare on Reddit
newsgrooveFebruary 17, 2019