When it comes to the most iconic faces (masks?) of horror, there’s a canon crew that will always be at the forefront of genre fans’ minds with a machete, kitchen knife, or another murder weapon of choice in hand. However, there’s an inevitable ebb and flow of cultural relevancy attached to each of these seminal characters. A successful reboot could have your entire town dressing as the same murderous clown that first terrorized folks in the ’80s for Halloween. On the other hand, a legal battle over IP could hold your favorite hockey-mask-clad murderer in a state of perpetual limbo. As these characters continue to slash their way into the limelight, an important side of the conversation to keep in mind is how video games will inevitably be one of the leading forces tethering them to the attention of the general public.

The video game industry is quickly becoming the most favored form of entertainment across all age groups, especially Gen Z. The reality is that newer generations are more likely to be exposed to a newly released horror game than they are to see a niche horror movie from the ’80s. When game developing studio Behaviour Interactive recently announced a new Hellraiser chapter for its hit multiplayer survival-horror game Dead By Daylight, the reception carried from an interesting intersection of absolute glee from older horror fans, and intrigue from newer fans unfamiliar with Pinhead. I caught up with Mathieu Côté, game director of Dead By Daylight, to discuss this phenomenon.

“One question that I get a lot is ‘If there is one character that you could bring into Dead By Daylight, which would it be?'” says Côté. “To me, Pinhead is the one that I kept coming back to. It’s not because I think he’s the most impressive or powerful, but I think that he’s one of the most visually iconic and enthralling characters ever created in the world of horror. People who don’t even know anything about horror know that face.” For those unfamiliar, Dead By Daylight features a slew of iconic characters from the likes of Michael Myers, Ghostface, and Freddy Krueger, along with a diverse selection of original characters.

The Dead By Daylight team affectionately refers to this roster as “The Hall of Fame of Horror.” “I love saying that; it’s a big moment of pride and humility at the same time. It also serves the role of a museum to a certain extent,” says Côté. “Not every kid today is going to watch Hellraiser or the original Halloween, so there’s value in putting them in contact with these amazing creations [through the game].” When Dead By Daylight first released a teaser for the Hellraiser chapter on August 13th, 2021, #Hellraiser peaked at trending number 11 worldwide on Twitter— impressive when you consider the series is over thirty years old. 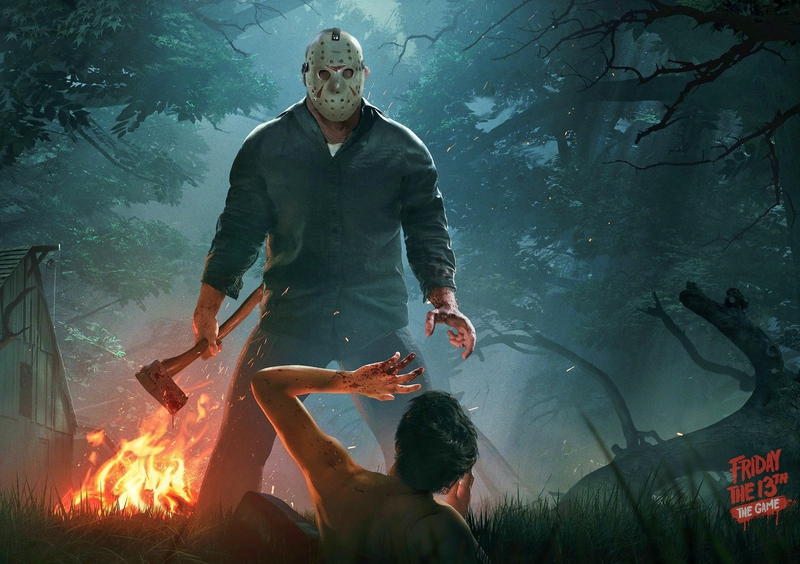 In a similar vein, the same had been achieved with the explosion in popularity of Jason Voorhees in 2017 with Gun Media’s Friday The 13th: The Game. While a legal dispute surrounding ownership of the Friday series has halted additional updates to the game, it still maintains a generous amount of regular players on its servers (with 184 currently watching a live stream of the game on Twitch at the moment of writing this article). I had the chance to talk to its co-creator, Wes Keltner, about what it was like to incorporate what is now one of the most elusive slashers in the entire genre into a survival-horror video game.

“We had a ton of people reach out to us [around the release of Friday the 13th: The Game] that said, ‘I haven’t played a game since the first Xbox, but I need to go out and get a new system to play this,'” says Keltner. Friday The 13th: The Game plops players directly into the most recognizable locations in the Friday series, including Packanack Lodge and Higgins Haven. “Friday The 13th: The Game introduced an icon to a whole generation of people who, not that they’d forgotten [Jason Voorhees], but weren’t really around during the peak of the series.”

Not only did Friday The 13th: The Game include various playable iterations of Jason Voorhees through the countless Friday sequels, but it also incorporated 1:1 recreations of the sets, well-known characters like Tommy Jarvis, and even iconic kill sequences like the infamous sleeping bag kill from Part VII. “When you get to introduce a killer like Jason Voorhees again, it’s a pretty big responsibility,” says Keltner. “So we focused on authenticity. That was pretty much our number one priority.”

Respecting the IP when incorporating them into an entirely new medium was a sentiment heavily emphasized by both Côté and Keltner for their respective games. “We built a canvas, and our design team and creative team uses the gameplay mechanics as paints and brushes to recreate those works of art in a different format. It’s an homage and our way of paying respect to something that already exists,” Côté described when asked about including characters like Pinhead into Dead By Daylight. Keltner expressed similar thoughts about Friday The 13th: The Game, stating, “We approached [the game] with reverence to the IP. If we were given the chance, as this little studio, to take the metaphoric sports car around the block, then we better not scratch the paint—we better do this right.” 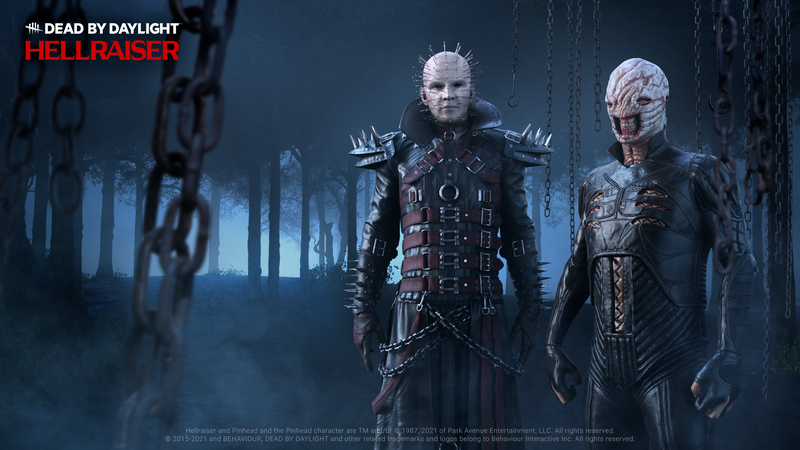 This process results in legitimate and worthy portrayals of these characters that satisfy both new and old fans alike. Games like Dead By Daylight and Friday The 13th: The Game innovate these characters in ways that can’t be achieved through reboots, prequels, or long-awaited sequels, and the enduring success and fanfare surrounding them proves it. It even presents the argument that a video game installment of a beloved series can be just as crucial to the series as another film would be. “Video games have come a long way,” Côté described. “They can now tell stories in ways that other mediums couldn’t. It doesn’t mean it’s better, it doesn’t mean it’s worse; it’s just different, and it’s come into its own.”

In addition to keeping characters of the most iconic horror series fresh, video games can also simply reignite the fervor of why a character was so prevalent in the first place. “The game kept [Jason] relevant, and not to sound cocky, but if they’d released a film instead of a game, it wouldn’t have been as impactful,” Keltner explained. The game certainly mobilized its expansive fanbase to become more aware of the legal issues surrounding Jason Voorhees currently (myself included).

Chances are, your favorite classic slasher will always have a seat at the table during any discussion related to horror. However, the volume of their voice will vary with every passing year, and every passing remake. But time and again, it’s proving that when a character like Pinhead or Jason gets with the times and onto a gaming platform, not only do they re-enter the conversation, they dominate it. With even more survival-horror games on the horizon based on these classic films, including Evil Dead: The Game in 2022, the possibilities for what form your favorite slasher takes next are boundless.