‘Get your jab on Super Saturday’: Health chiefs’ plea to young Londoners as cases soar among 20-24-year-olds

oung Londoners were today urged to get jabbed on a vaccination “Super Saturday” as confirmed Covid-19 cases soared among 20 to 24-year-olds in some boroughs.

Thousands of appointments were available at mass vaccination centres at West Ham, Chelsea and Charlton tomorrow and at Spurs on Sunday.

All those over 18 are now eligible for a vaccine and the hope this weekend was for the capital to deliver 100,000 jabs a day and reach the landmark figure of five million Londoners having had at least one dose. Professor Fenton told the Standard: “Our collective mission over the coming weeks is clear — we must keep case rates down as we further expand the vaccination roll-out.”

He also warned: “Case rates are on the increase across the city, with sharp rises among the 20-24 age group in some areas. We need young Londoners everywhere to help get us over the line by getting jabbed, getting tested and following the basics of Hands, Face, Space and Fresh Air at all times.”

The capital currently lags behind other regions in the vaccination roll-out, leaving it more vulnerable to a surge in cases.

Only about 8,000 of the 15,000 vaccine appointments available at the Olympic stadium, home to West Ham, had been reserved by Thursday night, the Standard understands — prompting the Mayor to urge Londoners not to miss the chance to get protected.

Mr Khan, who was meeting vaccines minister Nadhim Zahawi today to press the case for more Pfizer and Moderna jabs for Londoners under 40, told the Standard: “We are working incredibly hard to make this weekend a massive success.”

He said the mass vaccination events were vital in encouraging younger Londoners who have not received an official jab invitation — often because they are not registered with a GP — to come forward.

“We are relying on the Standard and others to let Londoners know that there are these opportunities this weekend to receive the jab,” he said.

A huge turnout and pictures of long queues will increase the pressure on ministers to deliver more doses to London. There are concerns that thousands of vaccines promised in recognition of the capital’s younger population are yet to be delivered.

More than 4,500 of the 11,000 people who attended a Twickenham “surge” event last month were not registered with a GP, and London leaders are keen to pursue the strategy of more “walk-in” events that are also open to people regardless of immigration status.

The event at Chelsea’s Stamford Bridge stadium, at which more than 6,000 first and second doses of Pfizer will be available, has been set up because of increased cases in west London.

By Friday afternoon, all 5,000 pre-booked slots had been taken but about 1,500 walk-in jabs were available.

The vaccination centre at the Olympic stadium, renamed by West Ham as the London stadium, will only offer first doses of Pfizer to people aged 18 or older resident in one of seven north-east boroughs – Barking and Dagenham, Hackney, Havering, Newham, Redbridge, Tower Hamlets or Waltham Forest – or the City of London. Organisers are urging people to book ahead and not walk-in.

Charlton’s “vaccinations at the Valley” drop-in event will offer the AstraZeneca jab to anyone over 40 – with the first 1,000 also receiving a free match-day ticket. There is no need to book.

The Tottenham Hotspur stadium event is open to people aged 18 or older who book ahead or simply turn up on the day. First and second doses of Pfizer will be available.

Spurs said that all people attending would receive a 20 per cent discount code for stadium tours and The Dare Skywalk.

Spurs ambassadors Ledley King, Gary Mabbutt and Ossie Ardiles will also all be present at the start of the day.

Second jabs will be offered just four weeks after a first dose at Bridge Park leisure centre in Harrow Road on Saturday. A total of 2,200 doses of Pfizer and 500 AstraZeneca will be available. By Friday afternoon, all pre-booked slots had been taken but some walk-ins may be allowed.

The Dominion Centre in Southall is open today and tomorrow, and will offer AstraZeneca and Pfizer jabs.

Walk-in doses of AstraZeneca are available tomorrow at the Radiate Festival in Crystal Palace park. Residents from any borough are welcome and neither an NHS number nor immigration status are required.

The seven-day Covid rate has leapt to over 300 confirmed new infections per 100,000 people among 20 to 24-year-olds in three boroughs.

These four boroughs have all seen their seven-day rate for the population as a whole go above 100.

Several other inner-London boroughs are also on a rate of at least 90 including Southwark, Kensington and Chelsea, Westminster, Camden and Islington.

The number of coronavirus patients being admitted to London’s hospitals is rising slowly and there were 300 in hospital as of yesterday, with 53 so ill that they were on ventilators.

This means that 7,997,823 first and second doses have been administered in the capital, meaning 2,048,150 first doses and 1,454,027 second doses are required to achieve the Prime Minister’s aim of offering the vaccine to all people over 18, and double jabbing two-thirds of adults, by July 19. 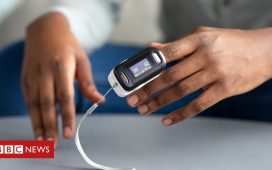 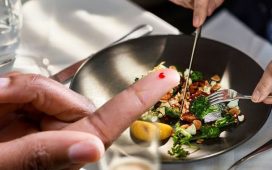 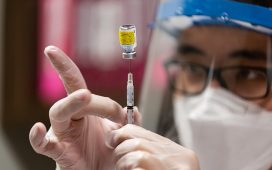 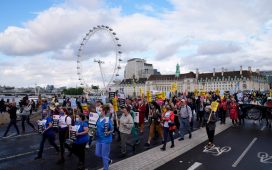 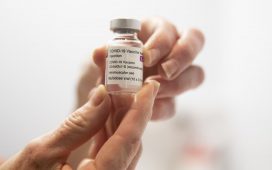 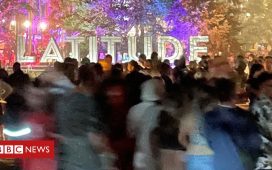 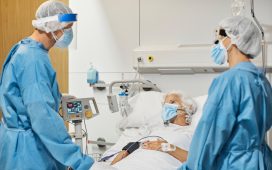