Get £20 off Oculus Quest 2 pre-orders from John Lewis

The Black Friday sales season is here! The best deals are often not on Amazon. The prices shown below are the best available now, though you may need to buy quickly as some deals will sell out.

The upcoming Oculus Quest 2 goes on sale on 13 October – and we’re excited. The versatile Quest 2 works both wirelessly as a standalone VR headset, and also connects to a PC but remains one of the most affordable headsets around.

Update: The best deals we’re seeing right now is from Currys on eBay and Argos on eBay where an 8% discount knocks £31.92 off the 256GB model and  £24 off the 64GB option, respectively. Just remember to use the code PRICE8. The offer ends 10 November. See our full coverage.

If you don’t have a John Lewis membership, it’s free to join. You’ll need to provide your email address and delivery address.

Just remember to click on the “Add a Promotional Code” when you get to check out to get the £20 discount. 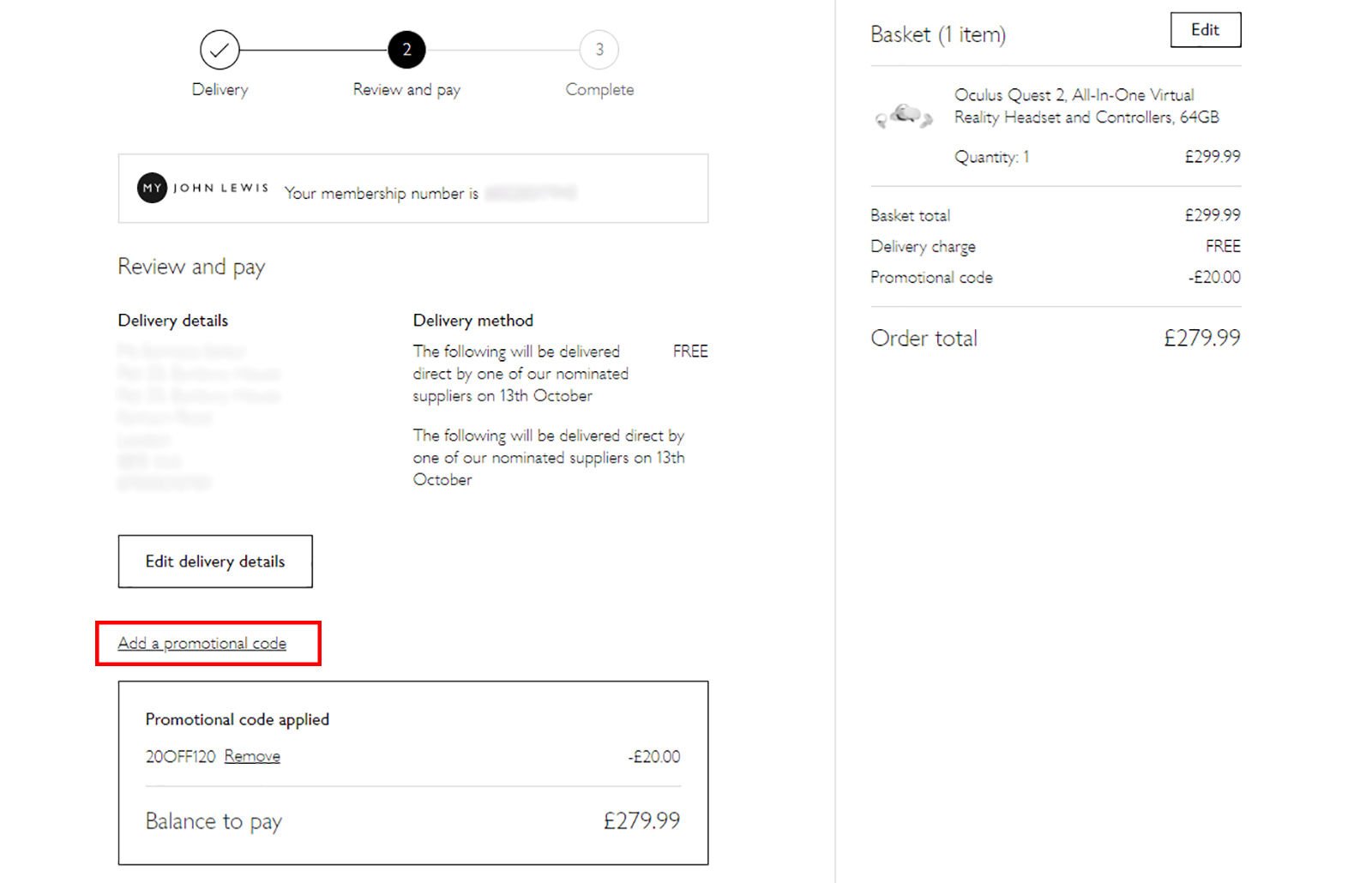 Compared to the original Quest, which is to be discontinued from 13 October,the Quest 2 offers major upgrades.

The new models offer nearly 2K resolution per eye, a higher 90Hz refresh rate, and a simplified IPD adjustment (Interpupillary Distance) for a better VR experience. It’s also 10% lighter than the original and nicer looking – just read our review to see why we gave it a full 5 stars.

We’re separately tracking all the places you can buy the Oculus Quest 2.