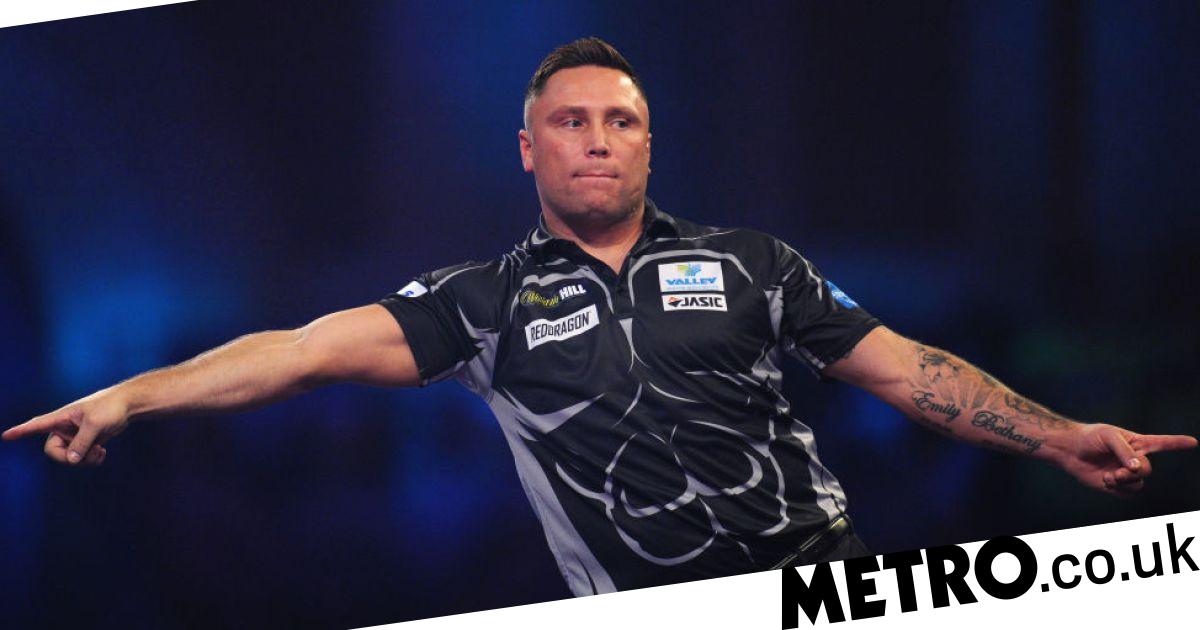 Gerwyn Price turned in a fine performance to hammer Glen Durrant 5-1 in the quarter-finals of the PDC World Darts Championship on Sunday night.

The Welshman will now appear in the last four at Alexandra Palace for the first time in his career after the ruthless display against the three-time BDO world champion.

In control throughout, the Iceman averaged 99.69 and checkout out at 47%, always holding Durrant at arm’s length and forcing him into a string of big finishes just to win the odd leg.

The stats may not be record-breaking, but it was a performance as assured as you will see against a player of great quality in Durrant.

The win sets up a semi-final showdown with Peter Wright who produced a stunning display to beat Luke Humphries earlier in the afternoon session.

Wright had predicted a win for Durrant over the Iceman and Price was very much listening to the forecast of his demise.

‘I thought I played decent there, I was clinical when it mattered,’ said the Grand Slam champion.

The first set went with throw as Price got on the board first, although it was Duzza who produced the fireworks, winning his two legs with finishes of 126 on the bull and 105.

The Iceman won the first without being spectacular, but he claimed the second in stunning fashion, bashing in two maximums to break throw in the first leg.

He landed two more maximums over the set and missed just two darts at double to take a commanding 2-0 lead and pile the pressure on Glen.

As quickly as Price found his best form, he lost it, as he averaged just 93 in the third set, hitting one of seven attempts at double as Durrant got his first set on the board, including yet another big finish, a 136 in the second leg.

The Welshman recovered from that blip, though and returned to ruthless scoring and finishing in the fourth, reopening a two-set lead with two more 180s for good measure.

Price was simply the better player with the feeling that Durrant was constantly playing catch-up and just trying to hold onto his coat-tails.

The statistics weren’t wildly different between the two men, but the Iceman was in total control and comfortably claimed the fifth set to go 4-1 ahead.

The sixth set proved to be the last and it was more of the same as Duzza could not find his best and Price was comfortably doing enough to hold him off and stroll into the semis.

READ  Why new Juventus manager Maurizio Sarri's Chelsea reign was actually a success
Share on FacebookShare on TwitterShare on PinterestShare on Reddit
newsgrooveDecember 29, 2019