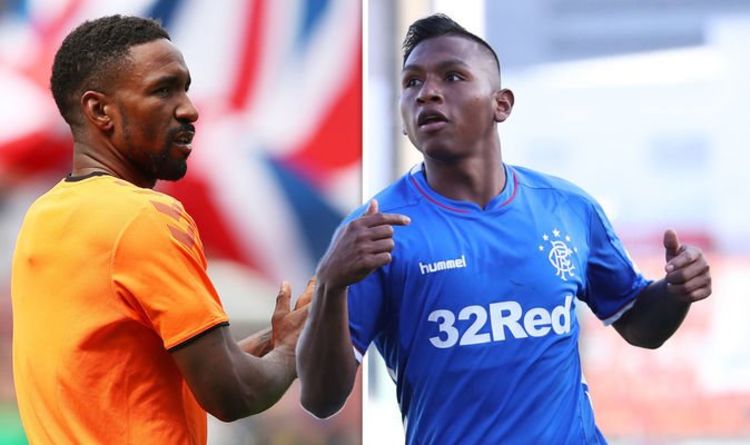 Rangers striker Jermain Defoe has helped Alfredo Morelos to stay happy and settled at Ibrox according to Steven Gerrard.

Daniel Candeias decided to join Turkish side Genclerbirligi in order to secure more first-team football after a busy summer of incoming deals.

Morelos and Candeias formed a close friendship during their time together at Glasgow, with the Colombian likely to have been upset at his friend’s exit.

Gerrard has now revealed that Defoe, the 23-year-old’s rival for a starting spot up top, has played a part in helping Morelos integrate with the rest of the squad as they aim to end the dominance of Celtic.

“When Daniel was here, the two were really close,” Liverpool legend Gerrard revealed.

“They spoke the same language and Daniel was a comfort blanket for Alfredo at times.

“But I think people around the squad got less of Alfredo because of that.

“That’s not a criticism. It’s just the way it is.

“Maybe before, there were others in a clique who spoke that language.

“It did seem as if there were groups like that.

“But since Daniel has left, Alfredo has opened up and come out of his shell a little bit more.

“He’s mixing with the players more, he seems very happy.

“Jermain is definitely someone who has put his arm around him and has helped him.

“That relationship has blossomed really well and that’s fantastic for us.

“If we can keep those two healthy and in the form they are in, then it gives us a much better chance of having a successful time together.”

Rangers are currently two points clear of Celtic after eight games played in the Scottish Premiership, with a trip to Hearts on Saturday (12.15pm) up next for the Light Blues.