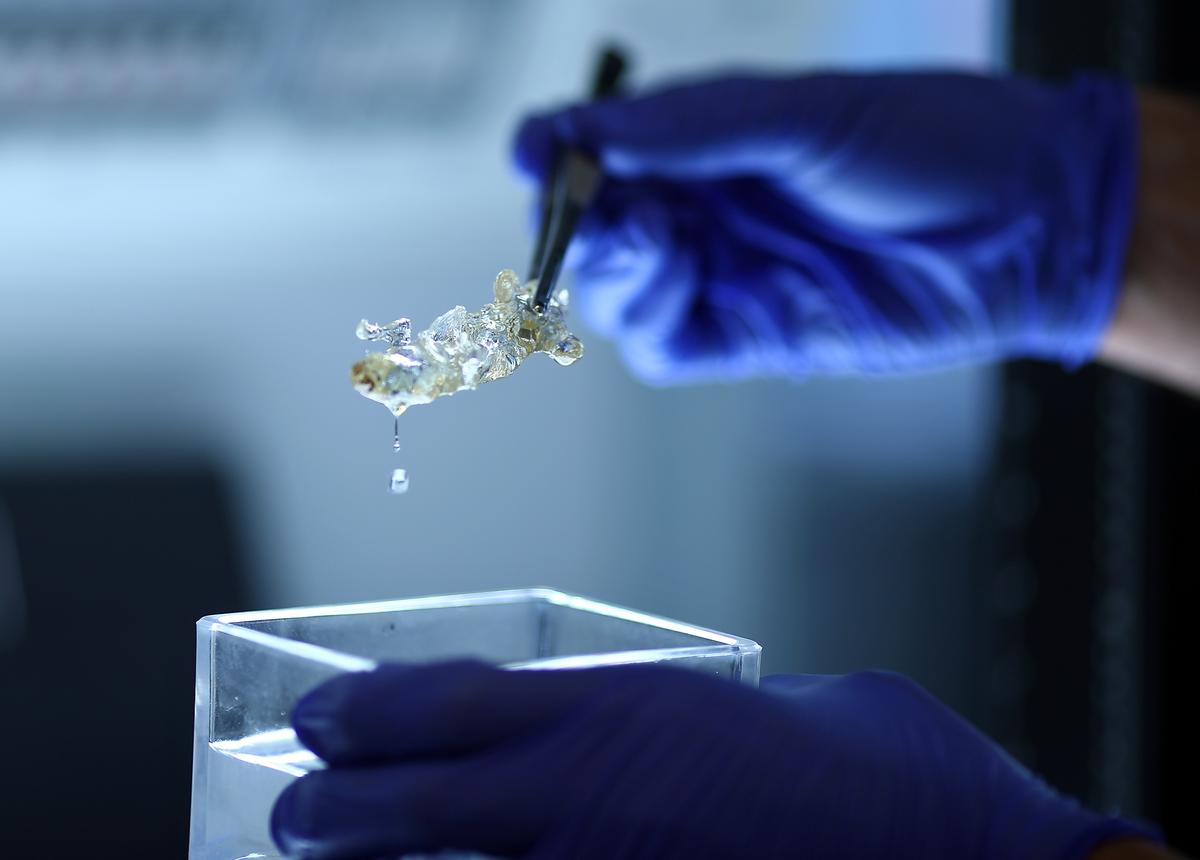 MUNICH (Reuters) – Researchers in Germany have created transparent human organs using a new technology that could pave the way to print three-dimensional body parts such as kidneys for transplants.

Dr. Ali Ertuerk, Group Leader at the Institute for Stroke and Dementia Research (ISD) at the Ludwig MaximillianÕs University, holds at a transparent mouse at his laboratory in Munich, Germany April 23, 2019. Mr. Ertuerk and his team developed DISCO transparency technology which is used by scientists from diverse biomedical research fields to generate high resolution views of intact rodent organs and bodies, a milestone on the way to generate 3D-bioprinted human organs. REUTERS/Michael Dalder

Scientists led by Ali Erturk at Ludwig Maximilians University in Munich have developed a technique that uses a solvent to make organs such as the brain and kidneys transparent.

The organ is then scanned by lasers in a microscope that allows researchers to capture the entire structure, including the blood vessels and every single cell in its specific location.

Using this blueprint, researchers print out the scaffold of the organ. They then load the 3D printer with stem cells which act as “ink” and are injected into the correct position making the organ functional.

While 3D printing is already used widely to produce spare parts for industry, Erturk said the development marks a step forward for 3D printing in the medical field.

Until now 3D-printed organs lacked detailed cellular structures because they were based on images from computer tomography or MRI machines, he said.

“We can see where every single cell is located in transparent human organs. And then we can actually replicate exactly the same, using 3D bioprinting technology to make a real functional organ,” he said.

“Therefore, I believe we are much closer to a real human organ for the first time now.”

Erturk’s team plan to start by creating a bioprinted pancreas over the next 2-3 years and also hope to develop a kidney within 5-6 years.

The researchers will first test to see whether animals can survive with the bioprinted organs and could start clinical trials within 5-10 years, he said.