German inflation slows but remains above ECB target in June 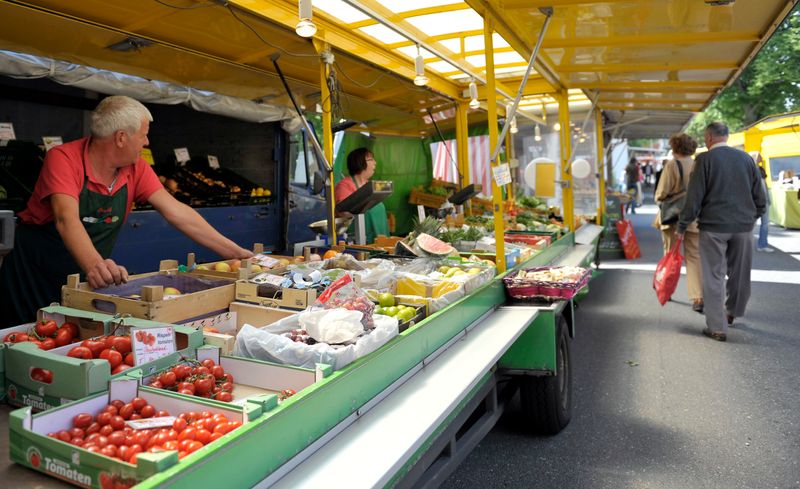 © Reuters. A salesman waits for customers on a farmer’s market in the northern German town of Hamburg May 26, 2011. German health authorities on May 25, 2011 have warned consumers to be careful with raw salad vegetables, after reporting about 140 cases and at least

BERLIN (Reuters) – Germany’s annual consumer price inflation eased in June, but remained above the European Central Bank’s target of close to but below 2%, the Federal Statistics Office said on Tuesday.

Consumer prices, harmonised to make them comparable with inflation data from other European Union countries, rose by 2.1% in June, down from 2.4% in May.

The June reading was in line with a Reuters forecast.

Germany’s preliminary inflation data does not include a harmonized figure for core inflation which strips out more volatile index components such as energy and food costs.

But a breakdown of the non-harmonized data showed that energy and food inflation rose a little less strongly in June while prices for rents and goods accelerated at the same pace.

The German central bank earlier this month lifted its inflation forecast to 2.6% this year, which would be the highest since 2008.

The Bundesbank has played down the significance of the surge, blaming it mainly on energy prices and tax effects. Without those, it said, inflation would stand at just 1%, in line with last year and well below 2019’s level.

The sudden surge in prices, which could see inflation touch 4% in the second half of 2021, might affect perceptions after a long period of low inflation and impact consumer behaviour.

Citing the temporary nature of price rises, both the central bank and government expect inflation to ease again next year despite an expected strong economic recovery.