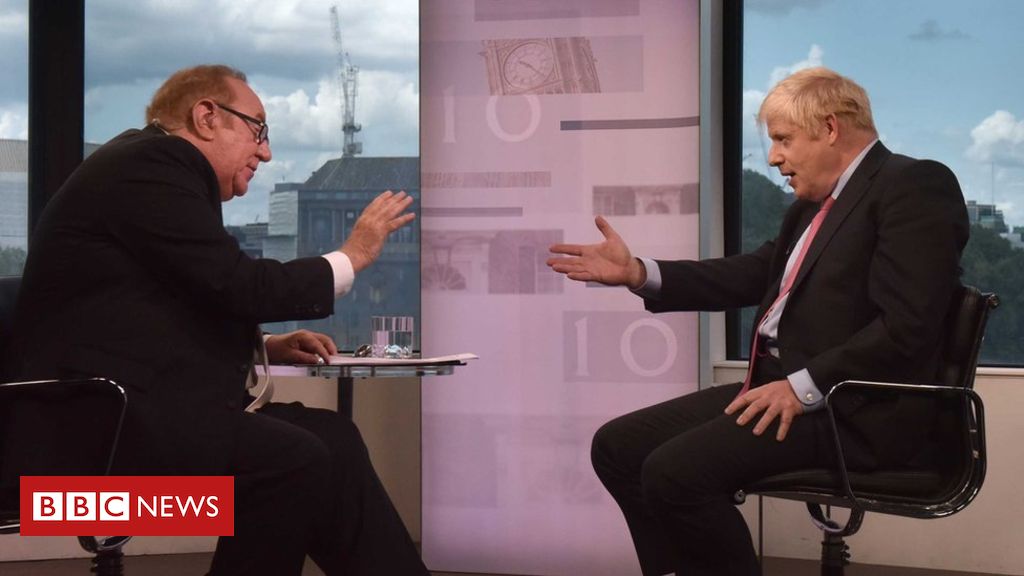 Boris Johnson will be interviewed on Sunday’s Andrew Marr Show as it is “in the public interest” following the London Bridge attack, the BBC says.

It had been reported that the BBC would not allow the PM to appear on Sunday’s programme unless he also agreed to be interviewed by Andrew Neil.

Mr Johnson has so far refused to commit to a one-to-one with Mr Neil – who has already grilled other party leaders.

Labour called the BBC’s move to allow the PM on the Marr show “shameful”.

The BBC said in a statement that as the national public service broadcaster its first priority “must be its audience”.

“In the wake of a major terrorist incident, we believe it is now in the public interest that the prime minister should be interviewed on our flagship Sunday political programme.

“All parties’ election policy proposals must – and will – face detailed scrutiny from us and we continue to urge Boris Johnson to take part in the prime-time Andrew Neil interview as other leaders have done.”

The BBC’s interview with Lib Dem leader Jo Swinson is set to air on 4 December. Another, with Brexit Party leader Nigel Farage, will be shown on 5 December.

Labour candidate and former culture secretary Ben Bradshaw tweeted that it was a “shameful and abject surrender” by BBC management to allow the PM to be interviewed by Mr Marr.

Ilford North Labour candidate Wes Streeting posted that he loved the BBC but its decision was “wrong”, adding: “The BBC have been played by the Tory leader and shouldn’t dance to his tune.”

Mr Johnson, who also turned down Channel 4’s request to appear on a leaders’ debate about climate change on Thursday, has been accused of avoiding media scrutiny by Labour.

On Friday, shadow chancellor John McDonnell said Mr Johnson was “running scared” from being grilled by Mr Neil, adding that it was a “matter of honour” that he subjected himself to the fullest possible questioning.

The PM – who was interviewed by Mr Neil during the Conservative leadership election in July – told LBC the public was more interested in his vision and plans for the country rather than which programmes he appeared on.

READ  Brexit deal explained: What Boris Johnson agreed with EU and what happens now
Share on FacebookShare on TwitterShare on PinterestShare on Reddit
newsgrooveNovember 30, 2019