I saw a man in skinny jeans and winklepickers the other day, and found myself transported back to a time when I cared about men’s shoes. “I used to go wild for men dressed like that,” I told my bemused husband, who is older than me, and so didn’t buy into the early 00s indie scene and has never worn a pair of drainpipes in his life. Later that day I discovered that indie – or rather, the early-millennium indie aesthetic – is back, as popularised by the nostalgic Instagram account @indiesleaze and the TikTok trend.

This is being old, I guess. “Are you ready for the return of indie sleaze?” Vogue asks, and the answer is no, I am not, because it was what, five minutes ago? I suppose it comes for all of us eventually, that feeling, which my mother fondly remembers as being encapsulated by the day I appropriated her boots from the 90s, declaring them “vintage”. Friends ponder whether the internet has accelerated trend cycles and, while there is probably something in that, it’s also time for ageing millennials to accept that, like every generation, we will be forced to see our youth subcultures appropriated and sold back to teenagers. “They’re selling Nirvana T-shirts in H&M now,” I remarked a few years back, offering an unwittingly late-capitalist bastardisation of Withnail and I (“They’re selling hippy wigs in Woolworths, man”).

I was an indie girl, as the boys called us then, though I was never as much of a scenester as some of my friends. Yes, I drank at the Hawley Arms and the Good Mixer in Camden, went to Trash, saw the Strokes at a tiny secret gig. I wore the skinny jeans and the ballet pumps and the leather jacket, though I was always too Welsh to fully jettison the fake tan and eyelashes. On balance I preferred the way we dressed for the less pretentious nights out at indie clubs in Liverpool and Manchester: Converse-puncturing stilettos, prom dresses, big beehives scaffolded by rollers, but all with that slightly down-at-heel, sordid edge – smudged eyeliner, bra straps showing, big wet pouts – complemented by how our clothes smelled the next day of stale cigarette smoke, sweaty dancefloors, Chance by Chanel, and snakebite (God, snakebite!).

Of course there was the music, that was the point of it, though it quickly became so heavily commercialised and marketed that it became known as “landfill indie”, the history of which was memorably narrated in a 2016 Vice article by Johnny Borrell, a man whose hubris rose to such heights that his quip that: “Dylan is making the chips, I’m drinking the champagne” went down in music interview history. (A Guardian review of Razorlight’s 2018 single Olympus Sleeping sniggered: “Hey Dylan, fire up the deep fat fryer, because Razorlight are back baby”.)

It still makes me laugh, because that’s what much of that scene boiled down to, really: male egos. A part of me will always love the Libertines, but when they sang “And they all get them out … for the boys in the band”, they basically summed the whole thing up. Though there were some magnificent exceptions, especially on the more dancey, electro-y side of things – Karen O, Beth Ditto, Lovefoxxx, Peaches, Karin Dreijer – the early-00s indie scene was in large part about dirty-haired men with guitars, posturing and preening for the girls watching them.

As a friend (not one of those pictured) who was “big in Camden” at the time fondly remembers: “My overriding memories involve starving myself to fit into the required uniform of denim cutoffs, getting ghosted by men a decade older than me in their skintight Topshop jeans … and putting so many drugs up my nose that I still have no feeling in my right nostril.

“As a skinny, white, conventionally attractive girl I was welcomed into this hedonistic world where the boys in bands were king and sad girls their courtiers. The girls forgave all their bad behaviour – stealing our money for drugs, serial cheating, rampant misogyny – to avoid being called boring.”

This was all pre-Me Too, remember, and we were very young. I liked the feeling of men being attracted to me, that locking of eyes across the dancefloor, the “meet me in the bathroom”-ness of it all, and to the men’s credit, they all danced. But I was less certain what to do with the feeling of being objectified by them, and the way women were photographed and perceived within the scene, as exemplified by Terry Richardson’s lo-fi, pornified aesthetic. By the time the music had descended to the nadir that was Kings of Leon’s Sex on Fire and, that same year, druggy footage of Pete Doherty, Amy Winehouse and some baby mice appeared on YouTube, indie had faded. It all started to feel hollow and sad, all court dates and tabloid headlines and ballet pumps filling with blood. Then Amy died and the party truly was over.

So, while Gen Z are welcome to borrow from that time, they should bear in mind that there was always a bit of a dark side to it all (and should also be prepared, should they decide to play the Libertines’ Death on the Stairs, to be joined on the dancefloor by an onslaught of ageing millennial indie kids gesticulating wildly and mortifyingly). My mind boggles somewhat at the feminist strides that have been made even over the past decade when it comes to toxic male behaviour. Progress is a wonderful thing. Perhaps prioritise the style over the substances, is my advice. But what do I know? I’m an old lady now. An old lady who is about to clean up selling my old clobber on Depop. 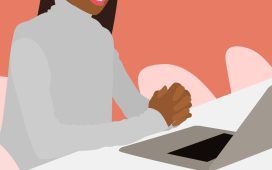 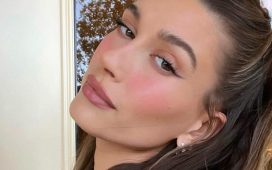