GEMMA Collins looked unrecognisable as she showed off her weight loss in her latest picture.

The 37-year-old, who has been using the controversial skinny jabs, looked amazing wearing a chic turban on her head as she enjoyed a night out.

The Diva Forever star has impressed fans with her weight loss over the last year which started when she competed in Dancing On Ice.

She has also been using £250 slimming injections in a bid to lose more weight, documenting much of her journey on social media, which has led to some fans suggesting she has been altering her pictures.

Gemma – who has just returned to Towe – has lost three stone in total but wants to lose three more.

She told us recently:  “I’d be really happy if I lost six stone as that would bring me down to 12 stone and a size 16.”

She went to say she needs to lose the weight in order to get a boob job.

She revealed: “My boobs are so big and I want to get them reduced in January, but I have to lose three stone before they can operate.

“My boobs are 38GG now and I think I will go down to a C or a D-cup. The operation is all booked in. I think when you have big boobs, they can make you look bigger and I would just love to never ever wear a bra again.”

Meanwhile, Gemma is moving on after she recently put an end to her romance with ex Arg after he refused to go rehab.

skin and bare it

The former Dancing On Ice star told Arg their on/off relationship is officially over until he beats his addiction.

News of their split comes after The Sun on Sunday revealed Gemma rang 999 after he failed to return calls for more than 12 hours, sparking fears he had overdosed.

Arg has since said it was all a misunderstanding and he is suffering from an eating disorder. 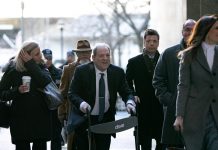