GCSE and A-level exams will ‘absolutely’ not be cancelled, minister insists 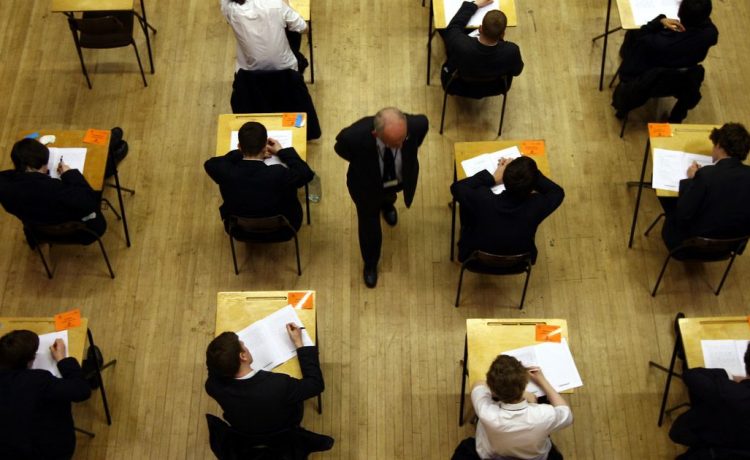 Education Secretary Gavin Williamson has given an “absolutely” cast-iron guarantee that exams in England will not be cancelled this academic year.

The pledge came as the Government unveiled a package of measures for students sitting their A-level and GCSE exams in the summer to compensate for disruption to their schooling during the pandemic.

Pupils in England will be given advance notice of some topics ahead of their tests and they will be allowed to take in exam aids, like formula sheets, to ensure this cohort of students is not disadvantaged.

Students will also be awarded more generous grades – in line with 2020 results where pupils received a larger proportion of higher grades than previous years after exams were cancelled amid the pandemic.

Making a statement in the Commons, the Education Secretary said: “We’re not going to let Covid damage the life chances of an entire year of students by cancelling next year’s exams.

“Exams are the best form of assessment we have and we are therefore taking steps to make sure that any student preparing to sit them in 2021 has every chance possible to do their very, very best.”

Senior Tory MP Robert Halfon, the chairman of the Commons Education Select Committee, asked Mr Williamson: “Are we possibly baking grade inflation into the system as we saw in 2020?

“Could we not ensure that grade boundaries are in line with 2019 results, or at least between 2019 and 2020 results, so we can revert to the standards of 2019 while no-one loses out and start transitioning back to normality?”

But Mr Williamson said it would have been “unjust” for pupils to get “substantially lower” grades after sitting exams next summer than the grades their older peers received this year.

She told MPs: “I want students to have the chance to show what they’ve achieved in the most challenging of circumstances, but after months of silence these proposals fall short of the fair exams the secretary of state promised. This is at best a ‘requires improvement’.”

Asked on Sky News whether he could give a “cast-iron guarantee” that exams will go ahead next year, Mr Williamson replied: “Absolutely.”

He said: “Tens of thousands of students have been taking those GCSE and A-level exams all the way through that national lockdown, and that’s been done safely and securely and successfully.

“I have every confidence if we’ve been able to run a whole set of exams for GCSEs and A-levels during a national lockdown, we have every ability to run those same set of exams in the summer of next year.”

Last month, Welsh education minister Kirsty Williams announced that GCSE, AS-level and A-level exams will be replaced by coursework and assessments next year amid ongoing Covid-19 disruption which she said made it “impossible to guarantee a level playing field for exams to take place”.

In Scotland, National 5 exams have already been cancelled due to the Covid-19 pandemic.

In October, the Government announced that exams in England would go ahead, but the majority of GCSE and A-level exams would be delayed by three weeks to give pupils more time to catch up on learning.

But concerns remain among sector leaders that some students in England – who have faced significantly more disruption than their peers – will not be sufficiently compensated under the measures.

It comes after Government figures revealed that more than a fifth (22%) of secondary school pupils in England were absent from school last week for the second week running.

On Thursday, Mr Williamson said a committee of experts will look into how different pupils have been disadvantaged across the country, adding that their report is due in the spring.

Mr Halfon has called on ministers to gain a closer understanding of the impact of Covid-19 on pupils – especially those who are still absent from school – to ensure there is a level-playing field.

He told BBC Radio 4’s World At One: “I want the Government to track every child with the local authorities and the schools to see which ones are at home and what needs to be done, to almost map every single child affected by Covid.”

Lee Elliot Major, an expert in social mobility from the University of Exeter, warned: “It will be grotesquely unfair if we don’t recognise in next year’s exams the disproportionate learning loss suffered by some individual pupils, particularly those from poorer backgrounds.

“Pupils most affected by Covid-19 should be flagged alongside their exam grades – this would help address regional variations in learning loss and ensure they are fairly treated by universities, sixth forms and employers.”

Asked on BBC Radio 4’s Today programme whether the expert group would single out students particularly hard-hit by coronavirus restrictions and school closures, Mr Williamson said: “That’s an area we have asked them to examine.

“We’re going to be asking the expert group to look at some of the additional challenges that are going to be evident as a result of differential learning and how we best deal with that and tackle that.

“We want them to look at how we can properly flag that so that the opportunity for that child is there for them to be able to succeed.”

Under new contingency measures, students who miss one or more exams due to self-isolation or sickness, but who have still completed a proportion of their qualification, will still receive a grade.

If a student misses all their assessments in a subject, they will have the opportunity to sit a contingency paper held shortly after the main exam series.

If a pupil has a legitimate reason to miss all their papers, then a validated teacher-informed assessment can be used but only once all chances to sit an exam have passed.