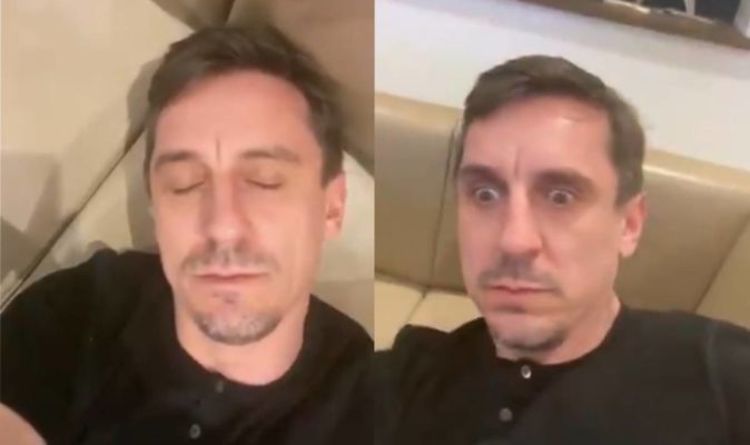 Gary Neville has wasted no time in trolling Liverpool after their shock defeat at the hands of Brighton. The Reds saw their Premier League title defence take a mighty blow after two Anfield losses in a row.

Liverpool’s Premier League title defence has been left in tatters after two defeats in a row at Anfield.

The Reds had gone 68 matches undefeated at home in the league before they faced Burnley last month, who handed them a 1-0 loss after an Ashley Barnes penalty.

And last night, Steven Alzate netted the only goal of the game as Brighton earned a 1-0 win over the Premier League champions.

It saw Liverpool drop down to fourth after Leicester had earlier beat Fulham while Manchester United are second behind Manchester City after a 9-0 win over Southampton.

The Red Devils are four points ahead of their biggest rivals and Neville was quick to troll them.

The former United right-back has regularly poked fun at Liverpool and after they went a goal down to Brighton, he was straight onto social media.

In a video captioned ‘Eyes’, he posted a video of him waking up to the news Alzata had scored.

Meanwhile, Andy Robertson has admitted that after dropping 10 points behind City, they are effectively out of the title race.

He said: “As this moment stands, we’re not in the title race. We are seven points behind them and they have a game in hand.

“I’m sure they’d say the same if they were potentially 10 points behind. We need to get back to the Liverpool everyone knows.

“We’re still a good team. We don’t turn into a bad team overnight.”

“With a long record of going unbeaten we’ve lost two. When you don’t show up you don’t get results.

“It’s just not clicking. We need to find a way to get results, especially at home.”