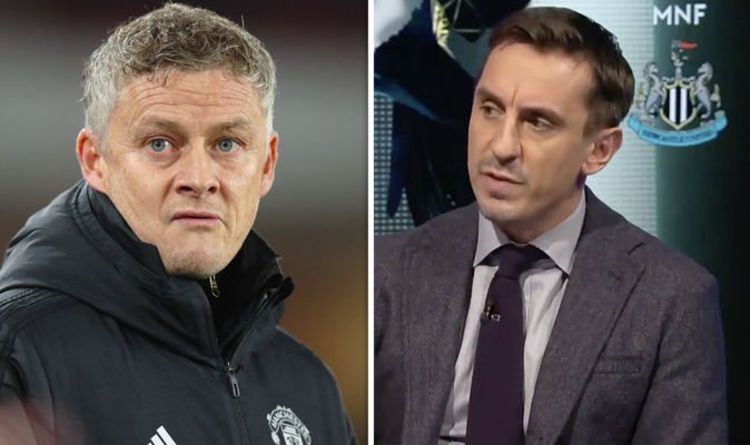 They are nine points off Chelsea in the final Champions League qualification spot.

Neville is a fan of some of the young players United have, with the likes of Scott McTominay, Brandon Williams and Mason Greenwood impressing this season.

However, he says there were far too many of the Manchester United academy graduates starting the 3-3 draw at Sheffield United on Sunday.

Neville wants to see more experienced players around them and says his former team-mate Solskjaer must use the January transfer window to his advantage or he will not be at the club long enough to see the “fruits of the labour” he is putting in with the young players.

“When I first broke into the team, I had people who set the standard,” Gary Neville said on Sky Sports.

“[Juan] Mata is on the bench, [Paul] Pogba’s injured, [Nemanja] Matic is looking to get away, [Ashley] Young was on the bench yesterday.

“The experienced players at the club in this moment of time are in turmoil a little bit.

“They haven’t got futures some of them, some of them are injured. So essentially they’re all young out on that pitch together.

“Ole Gunnar Solskjaer has to go and spend the club’s money in January, for himself.

“He has to go and spend the club’s money on two or three experienced players, he must demand it.

“He’s not going to be there to see the fruits of the labour he’s putting in, the foundations that he’s laying, because there are a lot of good young players out on that pitch that I actually enjoy watching, but unless they get the players in and around them quickly, they’ll not see the standard and they will not have the maturity.”