Jesse Lingard was the hero on Sunday for Manchester United against West Ham, but the England midfielder faced an uncertain future at Old Trafford over the summer transfer window 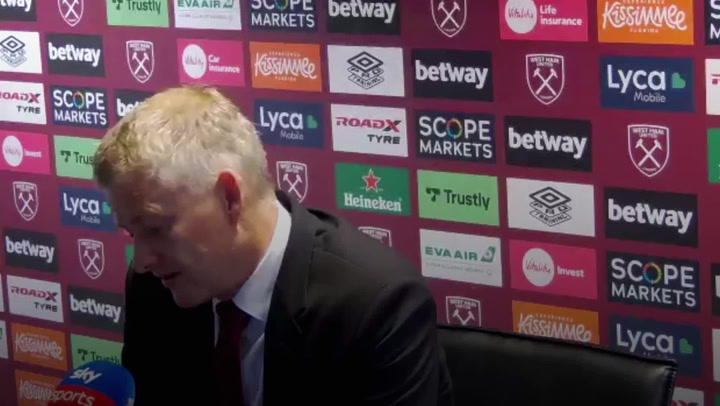 Gary Neville has insisted Jesse Lingard should have left Manchester United this summer in order to play more first-team football.

The Sky Sports pundit claims Lingard isn’t playing anywhere near enough and the midfielder needs to be given at least 40 to 45 games a season.

Lingard spent the second half of the previous campaign on loan at West Ham, where he experienced regular game time, but the England midfielder has played just 63 minutes across all competitions this season.

The 28-year-old was once again among the substitutes for Sunday’s game at West Ham, but the midfielder gave Ole Gunnar Solskjaer food for thought when he came off the bench to score the winner in the last minute, as United won 2-1.

“I still maintain he should’ve left, but he will have his moments,” said Neville on his Sky Sports podcast.

“I was happy to see how he bounced back after what happened in Europe in midweek.

“To bounce back and score the winner is a fantastic moment for him. He’s got good character, he’s a very good player and I feel he should be playing 40-45 games a season.

“He won’t get that at United in terms of 90-minute starts, but he’s one of those players that I do feel United will benefit from having. I just thought for Jesse himself, he should’ve left. United could be a better team with someone like Lingard in it.”

Lingard enjoyed a successful spell at the Hammers, which saw him score nine goals in 16 Premier League appearances, and the midfielder was linked with a permanent move to the London Stadium in the summer.

However, West Ham were reportedly reluctant to pay the £25million price tag which United slapped on their player.

Will Man Utd win the Premier League this season? Comment below.

“Ole made it quite clear to me early in the transfer window that he wanted to keep him. So I knew pretty early that he would be staying at Manchester United.

“I was hearing all the stuff, but I had a private conversation with Ole, who made it clear he was staying.”

Meanwhile, Ole Gunnar Solskjaer has recently confirmed Lingard wants to remain at the club and fight for his place in the first-team.

Gary Neville thinks Lingard should have left United in the summer
(

Solskjaer’s side will take on West Ham in the third round of the EFL Cup on Wednesday and the Norwegian boss also said Lingard would start the fixture.

“Jesse was quite clear he wants to fight for his place and be part of a Man United team that is going place,” said Solskjaer.

“I can’t speak for Jesse now but he’s really contributing. He’ll play on Wednesday as I’ll make a few changes.”

A number of first-team faces are expected to be rested for the fixture, with the likes of Cristiano Ronaldo, Bruno Fernandes and Paul Pogba all set to be given a breather.

United will then welcome Aston Villa to Old Trafford in the Premier League in the early kick-off on Saturday.