Gary Lineker says he will ‘shut up’ about Brexit in 2020

The Match of the Day host threw his weight behind the Remainer camp of the Brexit vote. Two years after Leave won, he controversially came out in support of a second referendum, known as a People’s Vote. He said he had only decided to get involved in politics after realising “lies” had been told by politicians in the run-up to the 2016 referendum.

This decision, and a number of tweets hitting out at Brexit, saw him face backlash from fans and society at large.

He previously told TalkRADIO that he had “ummed and ahh-ed about whether to come out as a Remainer” but in the end thought it was the right thing to do.

Since 2018, Lineker has remained mostly quiet about Brexit.

He has stuck to presenting Match of the Day and other shows, like tonight’s ‘Sitting on a Fortune’, in which six contestants answer questions in a bid to take up to £100,000 home.

Brexit: Lineker sparked controversy after coming out in support of a People’s Vote (Image: GETTY)

However, in February 2019, Lineker sat down with Russian sports journalist Maria Komandnaya and spoke about topics spanning the political spectrum, including Brexit.

Despite his previous rhetoric, Lineker here conceded that he understood why people had voted to leave the EU.

When Ms Komandnaya asked: “Do you think that people who are not involved in politics should have a political say ad should have a say in political matters?” he replied: “I’m not the kind of person who preaches to other people what to do — I think you can only control your own habits and your own behaviour.

“It’s not for me to tell what people should do.

Match of the Day: Since 2018 Lineker has largely stuck to presenting MOTD and other shows (Image: GETTY)

Asked why, he said: “It’s because I think they felt disenfranchised, they felt like nobody cared about them, particularly outside of London.

“In the North of England, in places like that where there perhaps hasn’t been the investment and care for people, the investment in the infrastructure.

“And people were fed up with austerity and cuts and difficulties with the NHS and various other things.

“People coming into the country, immigration became a big issue — but that’s not necessarily an issue that involved the EU but it was portrayed as such by our newspapers.”

Politics: He said it was not his place to tell people what to do (Image: Youtube/COMMANDOS)

While Lineker has in recent years exited the political ring, he last month took aim at Boris Johnson after the Prime Minister claimed his Government “saw off” the European Super League.

A tweet from Best for Britain — a campaign launched to stop Brexit in 2017 — read: “We’ve seen off the European Super League,’ says Johnson, claiming it as a Brexit benefit.

“1. He supported it in the first place.

“2. This was a private venture not linked to the EU.

Brexit timeline: The events that led to the UK’s final departure from the EU (Image: Express Newspapers)

Sharing the post, Lineker replied: “I’ve not tweeted about Brexit for 2 years, but this is so disingenuous it needs calling out.

“Football fans and lovers of the game in this country saw off the European Super League, not politicians nor Brexit.”

While many of Lineker’s followers responded with outrage at Mr Johnson and the Government, others disagreed with the footballer’s view.

Twitter: He recently hit-out at Boris Johnson and the Government over the European Super League (Image: Twitter/@GaryLineker)

A separate person, however, wrote: “Speak out more, Gary.

“People like you and Gary Neville have the ability to reach out to a lot of people who don’t take politicians seriously.”

Sitting on a Fortune is available on ITV Hub. 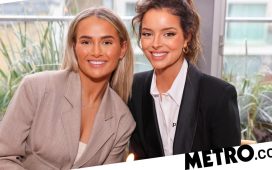