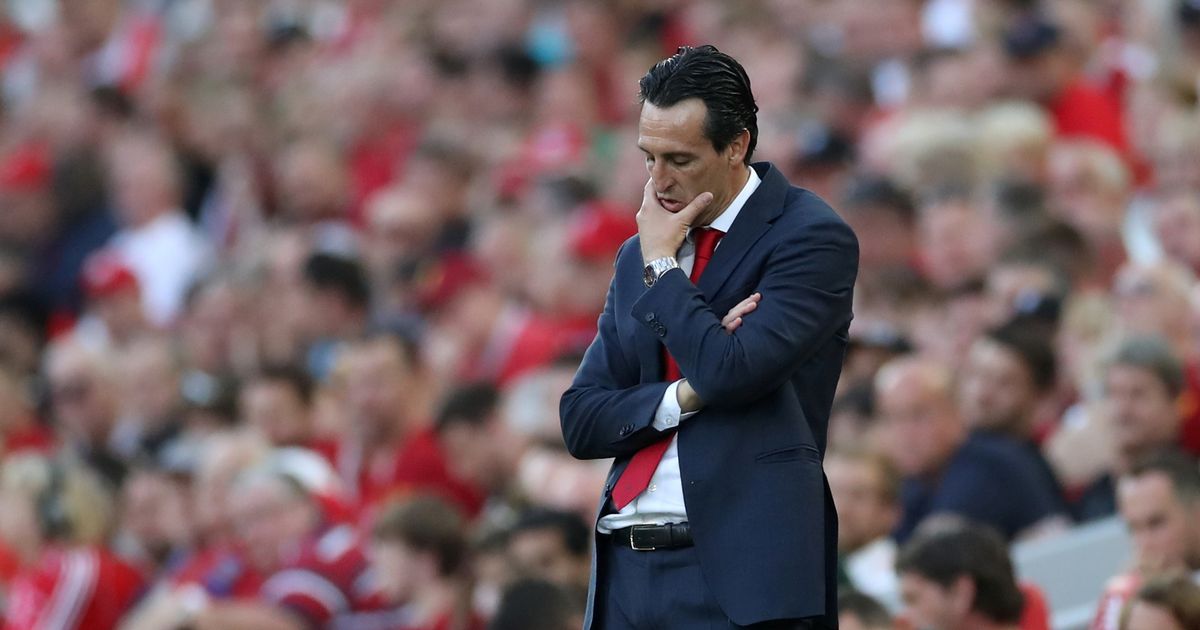 Unai Emery should have hooked David Luiz off before he allowed Mohamed Salah to ease through to score, according to Garth Crooks.

Arsenal defender Luiz let Liverpool ace Salah skip past him in the second half on the left flank before the Egyptian curled the ball past Bernd Leno to make it 3-1.

The Brazilian had earlier been booked after he had tugged on Salah’s shirt to give away a penalty.

And BBC pundit Crooks thinks Gunners boss Emery should have subbed the former Chelsea centre back to allow him to bring down the marauding Salah.

“What a beautifully taken penalty,” Crooks said. “I’ve seen hundreds of penalties in my time but nothing quite as gorgeous as the one Mohamed Salah took against Arsenal.

“You could have had two goalkeepers in that net and neither of them could have saved it because of its precision.

“Poor David Luiz had one of his days. He does have them from time to time but this one was a howler. Salah skipped around Luiz for his second goal like he didn’t exist.

“Under normal circumstances Luiz would have taken Salah out but the Brazil international had already been booked.

“Which begs the question, why didn’t Unai Emery take him off and replace him with Sead Kolasinac or Calum Chambers? At 3-0 the game is over.”

Luiz explained after the match why he dragged back Salah for the spot kick, and what he told the Reds man afterwards.

“I think the second goal, the penalty, killed the game,” Luiz said.

“If I pull your shirt or put my hand on your shirt it’s totally different, the power is different. VAR is difficult for them they cannot see the power. It depends on the interpretation. I spoke with Momo he said, ‘I didn’t feel that’.”