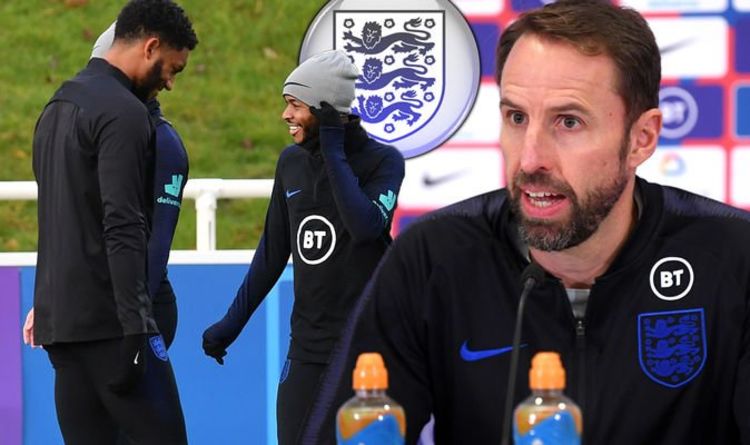 Remember the “Gareth Southgate would” hashtag craze on social media during the 2018 World Cup in Russia?

“Gareth Southgate would run out and get your washing off the line if it rained.”

“Gareth Southgate would give you his portable charger when he’s on 1 per cent.”

Well, “Gareth Southgate would sit his star player out for a game after he attacked a team-mate… because it’s the right thing to do.”

That’s the bottom line. The only line in Southgate’s world.

Imagine you are the proud parent of a 15-year-old girl, called up an England under-16 training camp at St George’s Park for the first time.

“Did you get that scratch under your eye from the match? … In the canteen? … Throttled by a team-mate? … And everybody saw? … What did the coach do?”

Many feel Southgate should have done nothing.

But this is not “old school” football, where a blind eye can be turned and such incidents dismissed as laddish boisterousness.

“My priority is always the care and wellbeing of all of my players,” Southgate said.

Others, such as Rio Ferdinand, advocated a less public approach.

“I have seen players get punched, ribs broken and noses busted… why couldn’t this be handled internally?” he opined.

Because this is England. Southgate has had the same club upbringing where players are fined and we’ll say no more about it.

That sanction is not available to an England manager and Southgate knew as soon as he dropped Sterling, he would be asked why.

A tactical groin strain would have hidden the darker truth but Southgate is not sure he trusts his players not to leak St George’s Park secrets to the wider world. He had to be morally safe.

But is that not what we have been applauding him for since he took over the reins in the aftermath of Sam Allardyce’s departure.

His duty has always been to English football and not the team. It’s why Southgate blooded the kids. It’s why we play attacking football. Success on the field has been an unexpected and welcome by-product.

So of course Sterling and his more established team-mates in the senior team may not like the way he has been made an example of by Southgate. The decision may even affect one or two performances.

But hopefully the wider collective – the “family” as Southgate described it in his press conference – can respect his family values.

And trust the England manager to do things the right way win, lose or draw.