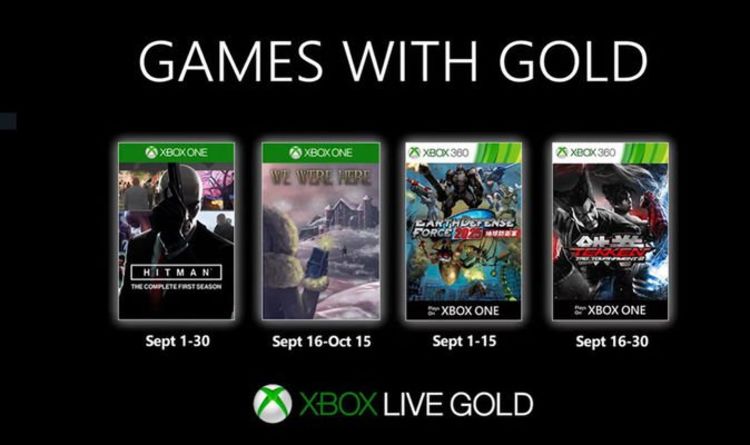 Xbox One gamers will soon be able to download a new batch of free games, starting September 1 and including Hitman: The Complete First Season.

This big reveal was made today by Microsoft, who confirmed their Games with Gold September 2019 plans in a new blog post.

As usual, there will be two Xbox One games and two Xbox 360 games available to add to your digital library.

Hitman Season 1 is the biggest name among the new free games being released in September, but the others help to provide some much-needed variety.

The Complete First Season of Hitman was launched in episodic fashion and provides a style of Assassination gameplay many fans will be familiar with.

“Take down high-profile targets in the intense spy-thriller world of Hitman: The Complete First Season. Broken down episodically, this complete collection features all of the challenges and contracts assigned to Agent 47 in multiple worldwide locations including Paris, Sapienza, Marrakesh, Bangkok, Colorado and Hokkaido,” the official game description reads.

“Learn the tools of the trade and earn your way to Silent Assassin status in this award-winning stealth action game.”

The second Games with Gold title launching on September 16 is much different to Hitman, offering a two-player puzzle adventure to explore.

“Team up with a friend or a stranger online to escape an abandoned castle in We Were Here,” the message from Microsoft adds.

“This challenging puzzler finds you and one other player trapped alone in different parts of a mysterious castle with only your walkie-talkie and voice to help you.

“Communication and collaboration with your partner are key, as every room will challenge your wits and only your voice and teamwork will allow you to escape.”

We Were Here doesn’t have a notable presence on the Microsoft Store and this is due to it actually launching on the Xbox One as part of Games with Gold.

And if an indie exploration game isn’t your cup of tea, then there are a few Xbox 360 games worth checking out via Backwards Compatibility.

Starting September 1, Xbox One gamers will also be able to download and play Earth Defense Force 2025, a title with cult appeal and plenty of sequels featuring alien invasions.

“It’s been eight years of peace and prosperity since the last alien invasion, but now the Ravagers are back and stronger than ever. Utilise hundreds of weapons at your disposal across four different character classes to repel the terrifying invasion of giant aliens and save the world.”

Tekken Tag Tournament 2 is the final game going live as part of the Games with Gold September 2019 lineup and will be available to download until the end of the month.

“The world’s greatest fighters return to battle it out and unleash the most vicious combos in Tekken Tag Tournament 2.”

“Featuring solid gameplay and a massive cast of your favourite characters, select and partner up the best mix of players to claim ultimate victory.”

It’s a great mix of games this month, meaning there should be something for everyone, regardless of what playstyle you enjoy.

It should also be noted that gamers have until the end of August 31 to download the current crop of games, headlined by Gears 4 and Forza Motorsport 6.