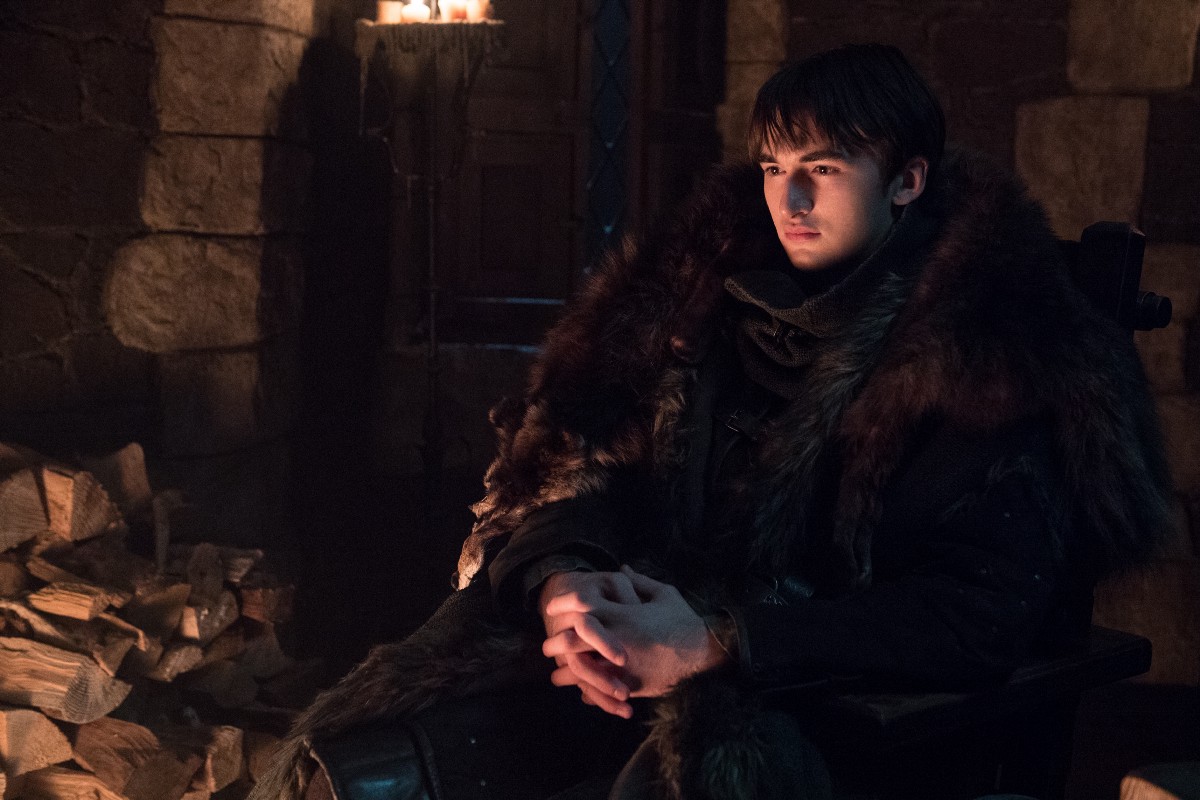 Warning: this feature contains MAJOR SPOILERS for the Game Of Thrones season 8 finale. Enter at your peril.

Game of Thrones is seemingly impossible to end. It’s so impossible to end, in fact, that the man who created Westeros and knows the actual ending of the story has been trying to write the penultimate book in that story for eight full years now.

Therefore it fell to David Benioff and D.B. Weiss, the two dudes contractually obliged by WarnerMedia to end the story … to finally end the damn thing. They do so in Game of Thrones season 8, episode 6 The Iron Throne. Here is how they went about it.

Just like the timeline on Game Of Thrones is split into BC (Before Aegon’s Conquest) and AC (After Aegon’s Conquest), this episode is split up into two very different portions. There is BD (Before Daenerys’s Death) and AD (After Daenerys’s Death). Before Daenerys’s death, the remaining characters in King’s Landing are forced to confront the realities of the destruction they’ve just witnessed from their beloved Dragon Queen.

Davos, Tyrion, and Jon walk among the wreckage and all the bodies strewn about the streets. Tyrion makes a detour to the secret passageway of the cities where he sees with his own eyes that Dany’s rage has killed both Jaime and Cersei. Tyrion returns to the above-ground world where he tenders his resignation as Hand of the King in a rather dramatic fashion. Daenerys has just concluded a speech to her Dothraki and Unsullied about how they will build a new world together and is not too pleased that her Hand seems to want no part of that world.

Dany imprisons Tyrion and Jon comes to meet him. The two central characters share a scene that seemingly takes up 45% of the entire episode’s running time but that’s understandable as there is a lot of ground to cover. Tyrion wants to make it very clear to Jon that Dany is dangerous, as if the city of a half million people she destroyed wasn’t evidence enough. Tyrion points out that the Dragon Queen’s promise to “break the wheel” of the world is now something to be feared, rather than encouraged.

“She believes her destiny is to build a better world,” Tyrion tells him. “If you believed that, truly believed that – wouldn’t you kill whoever stood between you and paradise?”

Jon carefully considers Tyrion’s words and then gravely … does nothing. Just one scene later, however, it’s clear that Tyrion’s words did have some impact. Jon goes to meet Dany in the Throne Room (which is now missing a ceiling thanks to Drogon’s conflagrations). As Dany admires the Iron Throne that now belongs to her, Jon tells her she should not have destroyed the city. How can she build a better world if she started by blowing up another one?

“It’s not easy to see something that’s never been before,” Dany tells him.

“How will you know it will be good?” Jon asks.

“Because I know what is good and so do you.”

In true Darth Vader fashion, Dany asks Jon to join her in this new world. Jon responds by kissing her and then stabbing her. Daenerys Targaryen I, First of Her Name, Queen of Andals and First Men, Protectorate of the Realm, Lady of the Seven Kingdoms, Mother of Dragons, Breaker of Chains, Khaleesi of the Great Grass Sea has been killed … right in the very sight of the Throne she so coveted. Drogon arrives on the scene, and mourns the loss of his Mother. With a tremendous blast of dragon fire, he melts down the Iron Throne to ash. “Fine! No one can have it now!” he presumably says in dragonspeak.

This concludes the first part of Game Of Thrones’ denouement – the end of Daenerys Targaryen. The implications of Dany’s death are so enormous that the episode devotes the back half to settling up various scores throughout Westeros.

For starters: if Dany isn’t going to rule Westeros then who will? Tyrion is led out of his dungeon by Grey Worm to attend a council pondering this very question. Gathered in the Dragon Pit on the Hill of Rhaenys are Yara, the still-unnamed Prince of Dorne, Arya, Bran, Sansa, Davos, Brienne, Gendry, Edmure Tully, Samwell Tarly, Robin Arryn, and some other lords. Tyrion proposes that they choose a king. Samwell then proposes that the people of Westeros choose their king. This is roundly laughed down. Sorry Sam! Better luck next time you try to invent democracy.

After Sansa satisfyingly tells her Uncle Edmure to shut up, Tyrion is asked to take the floor and make a nomination. He responds with a classic Tyrion monologue.

“I’ve had a lot of time to think about our bloody history – the mistakes we’ve made. What unites people? Armies? Gold? Flags? Stories. There’s nothing in the world more powerful than a good story. Nothing can stop it. No enemy can defeat it. And who has a better story than Bran the Broken. The boy who fell from a high tower and lived. He knew he’d never walk again so he learned to fly. He is our memory. The keeper of all our stories. The wars, weddings, births, massacres, famines, our triumphs, our defeats. Our past. Who better to lead us into the future?”

Tyrion officially nominates Brandon Stark a.k.a. The Three-Eyed Raven a.k.a. Bran the Broken to be king. The motion quickly passes throughout the rest of the council. Before Sansa casts her vote, however, she asks Bran to let the North be its own independent kingdom. The North has already fought so fiercely and lost so much. Bran allows it. Brandon Stark, first of his name (which is not entirely accurate – there have been many King Brandons in the North but it is true that this King Bran will be the first of his name in the South) will be King of the Sev…I mean Six Kingdoms.

Bran, of course, cannot father children, but Tyrion says that’s fine. When Bran dies, the council will reconvene and choose another king. This is all rather politically specious. How will Westeros respond to the Stark family getting its own kingdom and installing their little brother on what was once the Iron Throne? Not only that, but the transition of power is hard enough when a king has a legitimate heir. Gathering together all the lords of the realm every time a king dies to make a decision seems to be even more chaotic. Still, Bran consents to be king (“why do you think I came all this way?”) and his first act is to install Tyrion as his Hand. Grey Worm accepts Tyrion becoming hand because Bran successfully convinces Grey Worm that the task of rectifying all his mistakes will be suitably torturous for the only remaining Lannister.

Bran’s small council includes Tyrion, Lord Davos as Master of Ships, Ser Brienne as Lady Commander of the King’s Guard, Samwell Tarly as Grand Maester, and Lord Bronn of the Blackwater as Master of Coin. They are still looking for a Master of Whispers and a Master of Laws. Brienne invites Podrick into the Kingsguard and helps fill out Ser Jaime’s entry in the White Book a bit. Sam comes up with the title of Archmaester Ebrose’s book that tells the story of Robert’s Rebellion up to now. They’re going to call it “A Song of Ice and Fire.” Familiar!

READ  TV shows worth watching this week: This Way Up, Preacher, Euphoria

Beyond the political implications of King’s Landing, the rest of the Game Of Thrones ending focuses on the fate of specific characters. Sansa becomes Queen in the North obviously. Arya decides to set sail from Westeros to find out what’s out further west.

And Jon? Well Lord Snow gets the most fitting ending of them all. The Unsullied demand punishment for Jon’s assassination of their queen. Tyrion, in another absolute miracle of diplomacy, gets them to agree to send Jon back to the Wall. Sure, the Night King has now been defeated and as far as everyone knows, there is no more threat to the North. But the Realm will always be in need of a place to send the dregs of society – might as well make it The Wall again. Jon arrives at what’s left of Castle Black to find two friendly faces waiting there for him: Tormund Giantsbane and Ghost. Ghost finally gets the pets he deserves and Jon leads a loose federation beyond the wall in search of … Gods knows what. Cue theme song.

The Game Of Thrones season eight ending makes great pains to give each character importance to us some kind of ending or another. Sure, larger questions do remain. What will Grey Worm and the Unsullied do in Naath? What will become of the Dothraki and Drogon? What happened to Arya’s horse?!?!? But the broad strokes are taken care of.

It may not be the best possible ending for the story but it is an ending. And given the scale of the story in question, merely ending is no small feat.