NewsGroove Uk
NewsGroove Uk > Music > Game Of Thrones Is Getting A Prequel Series After All, Just Not The One We Thought
Music

Game Of Thrones Is Getting A Prequel Series After All, Just Not The One We Thought 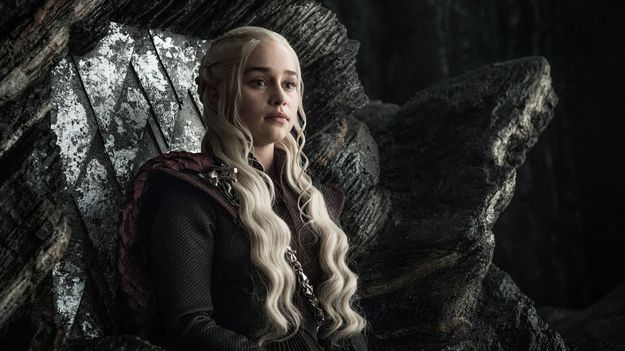 Looks like Game of Thrones is still getting a prequel series after all.

After word broke that the Naomi Watts-fronted GoT prequel at HBO had been axed, HBO confirmed that a different, Targaryen-focused series called House of the Dragon is going forward instead. The show is set to debut on HBO’s upcoming streaming platform HBO Max. Naturally, both announcements occurred in the same day, along with a clump of other confirmations surrounding upcoming HBO Max programming.

The new prequel is being written by Ryan Condal (Colony), with George R.R. Martin being tapped to co-executive produce. It’s based off of Martin’s 2019 book Fire and Blood, which chronicled the storied history of the Targaryens. Of course, given that it’s set about 300 years before the Game of Thrones series we knew, it’s safe to say it won’t be featuring any of the Mother of Dragons, Daenerys Targaryen.

The series will span 10 episodes and will follow the house as they make their way through a civil war. That’s about all the details we have thus far. According to Entertainment Weekly, HBO decided to go forward with this particular prequel because it used “established history penned by Martin to serve as a backbone for the story,” instead of the other pilot’s usage of “vague references to build on.” Take that for what it’s worth, as HBO has yet to release a statement regarding the circumstances surrounding the other series’ cancellation.

Previously, outlets had reported that show runner Jane Goldman had emailed the pilot’s cast, including Naomi Watts, Jamie Campbell-Bower, and Naomi Ackle to break the bad news. The word was that HBO “wasn’t thrilled with the final cut of the Watts-led pilot and asked for changes in edits” before deciding to scrap it in its entirety.

Whatever prequel series we do end up getting, hopefully it comes out soon. We’re having some serious Westerosi withdrawals.

Why was Jason Orange missing from the virtual Take That concert last night?