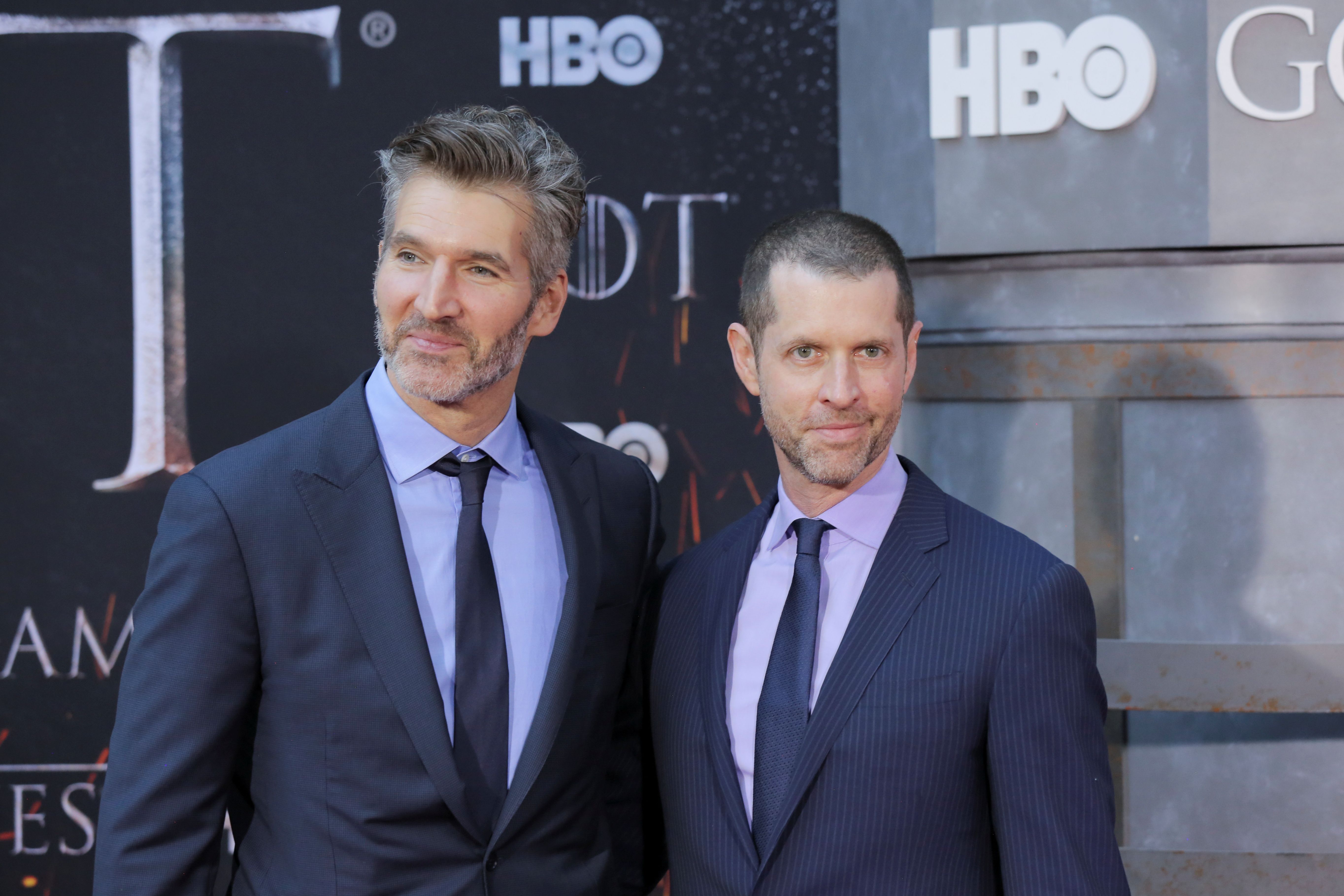 Creators David Benioff and Dan Weiss have finally broken their silence in the wake of the eighth and final season of Game Of Thrones.

But rather than commenting on the divisive response to the episodes, they instead joked about the already infamous coffee cup mistake in The Last Of The Starks, which saw a Starbucks cup left in shot.

Read More: George R.R. Martin says HBO adaptation of ‘GoT’ ‘wasn’t very good’ for him and ‘slowed down’ his writing

“I think in Persian rugs it’s tradition that you make a little mistake when making the rug, because only God can do anything perfect, so for us I guess that just was our [mistake],” Benioff told Japan’s Star Channel, via Pop Culture TV.

“That’s why I put the coffee cup there,” added Weiss. “Conscious, concerted statement of our imperfection.”

Benioff then actually provided a legitimate reason why they missed the gaffe. “We were concentrating so much on Daenerys and Jon Snow that we just didn’t see this coffee cup right in the middle.”

“So, at first I couldn’t believe it, and then it was embarrassment; ‘how did we not see this coffee cup in the middle of the shot?’. And then, eventually, it was just funny. This one is just a mistake, and it’s kind of funny to us now.”

Read More: ‘Game Of Thrones’ creators may not write new ‘Star Wars’ trilogy after all

Weiss also opened up about the 32 Emmy nominations that the eighth season of Game Of Thrones received, which is the record for a single season, admitting “it was kind of surprising.”

“In my mind, I thought that the [previous] season would have been the peak and that we would’ve ended up with maybe a couple less, at best.”

For Benioff, though, the main reason why ten of the actors and “so many of the crew members” being nominated is so exciting is “it’s just a great excuse for everyone to get drunk again.”