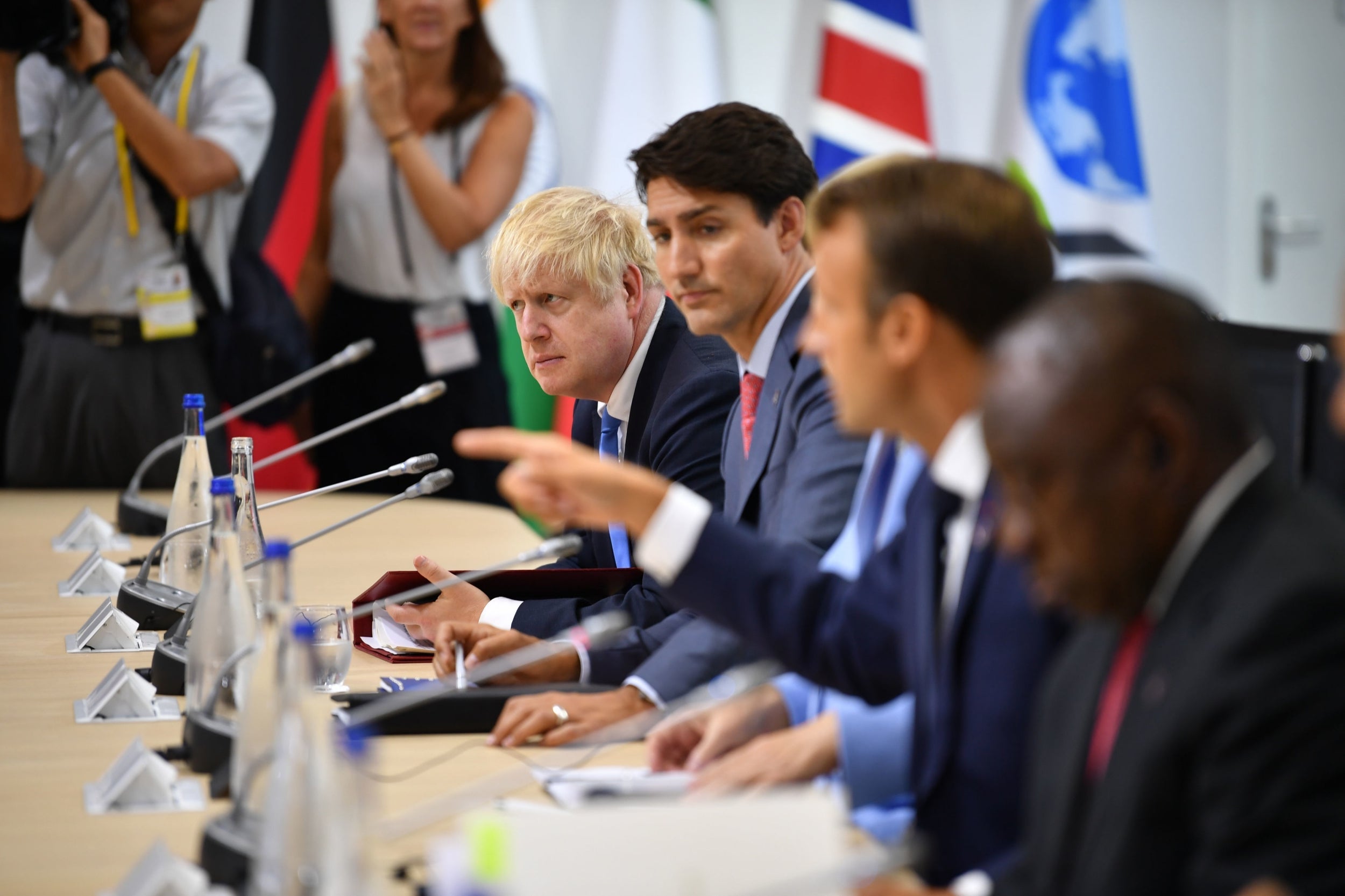 The G7 world leaders have pledged around $20million (£16.3million) in emergency funds to help tackle the Amazon forest fires, Emmanuel Macron has announced.

The French President, who is hosting the summit, said help was needed because the Amazon represents the “lungs” of the planet.

He said the leaders of the nations were also studying the possibility of similar support in Africa, which is suffering from fires in its rainforests.

Mr Trump was not present at the climate session where the move was discussed, despite it being the main business on the summit agenda.

Mr Macron insisted Mr Trump backed the G7 initiative, but had other bilateral meetings to attend.

The US President is a climate change sceptic who once had claimed it is a hoax that was invented by the Chinese.

Satellites have recorded more than 41,000 fires in the Amazon region so far this year – with more than half of those coming this month alone.

Experts say most of the fires are set by farmers or ranchers clearing existing farmland.

But after the move was announced, Brazil’s president Jair Bolsonaro responded angrily, saying the country cannot accept Mr Macron’s “improper” and “wanton” attacks on the Amazon and accusing the French president of disguising his intentions.

He also said an alliance of G7 countries stepping in to help save the Amazon from devastating wildfires would leave his country treated like “a colony or no man’s land”.

In another salvo, he said that respecting any country’s sovereignty “is the least one can expect in a civilised world”.

The Brazilian leader is locked in an ongoing dispute with Mr Macron, who threatened to block a European trade deal with Brazil and other South American countries over the Amazon wildfires.

He has also described Mr Bolsonaro’s as telling “lies” over his country’s record deforestation.

G7 leaders are wrapping up the summit, held in the French Atlantic resort of Biarritz, which has been dominated by tensions over US trade policies and a surprise visit by Iran’s top diplomat.

Leaders from the UK, US, Japan, Germany, France, Italy and Canada have been holding a string of meetings on climate change, the digital world and other global issues.

Mr Guterres urged leaders attending a summit in New York next month to agree on cutting greenhouse gas emissions by more than they promised in the 2015 Paris climate accord.

He said: “We are much worse than we were during Paris… So it’s absolutely essential that countries commit themselves to increase what was promised in Paris.”

The Secretary-general added that Greenland’s ice cap was melting “dramatically” and that 2015 to 2019 were “the five hottest years on record.”

Mr Trump pulled the US out of the Paris accord but Mr Guterres said states, cities and businesses had “the capacity to deliver in relation to climate action.”

German Chancellor Angela Merkel is among the world leaders to have pushed for action against the Amazon wildfires, stressing the issue extended far beyond Brazil’s borders.

“Of course (this is) Brazilian territory, but we have a question here of the rainforests that is really a global question,” she said.

“The lung of our whole Earth is affected, and so we must find common solutions.”

Mrs Merkel added that her country and others would discuss reforestation in the Amazon with Brazil once the fires tearing across the region had been extinguished.

Tens of thousands of soldiers are currently joining the fight against blazes that have sparked international alarm.