The past decade has blessed us with some phenomenal albums but, let’s face it, it’s the scandals of our favourite musicians that have kept us really entertained.

Early on in the 10s, Beyonce dramatically announced her pregnancy at the MTV Video Music Awards before brilliantly mic-dropping on the stage.

There was also the almighty verbal bust-up between Kanye West, Taylor Swift and Kim Kardashian keeping us on the edge of our seats.

And the controversy goes as far as the downright weird, like the time we found out 21 Savage wasn’t really American but born in Newham,East London.

Without further adieu, let’s relive some of the music moments that made us drop our jaws.

Beyonce treats her personal life with Secret Service-level of security so we all momentarily lost our breath when she mic-dropped and rubbed her stomach at the 2011 MTV VMAs, announcing she was pregnant with her first child.

The news of Bey’s pregnancy set a Twitter record for the most tweets per second for a single event – 8,868 to be exact.

Bey broke the internet again in 2017 when announcing she was pregnant with twins Rumi and Sir.

The former Disney princess left her girl-next-door image, well, at the door and transformed into pop’s most badass star.

Miley quite literally stripped off her innocent child star days and hopped onto a wrecking ball, naked, for the music video which smashed Vevo’s record for the most views in 24 hours with 15 million.

From the Wrecking Ball, Miley went on to cavort and frolic around the MTV VMAs stage with Robin Thicke in pretty much her underwear while sticking her tongue, spawning her trademark pose.

And the rest, as they say, is history… but something tells us Miley might be going gearing back towards her Bangerz days.

It all began last decade in 2009, when Kanye infamously interrupted Taylor’s acceptance speech at the MTV Video Music Awards.

He declared that Beyonce had ‘one of the best videos of all time’ with Single Ladies.

Tensions had simmered for years until reaching fever pitch in 2016 when Kanye rapped on Famous: ‘I feel like me and Taylor might still have sex. Why? I made that b***h famous.’

Kanye claimed Taylor’s reps knew about the line as he called them before releasing the track, but Taylor denied this happened.

Enter Kimye with the mother of all receipts, the smoking gun – footage of Kanye speaking to Taylor on the phone about Famous. Taylor’s response to the sex line? ‘I mean, go with whatever line you think is better. It’s obviously very tongue in cheek either way. And I really appreciate you telling me about it, that’s really nice!’

The world was shocked into silence when Zayn decided to quit the world’s biggest boy band (before BTS, of course).

Teens were devastated, adults were secretly crying inside and dogs were depressed for days at the shock announcement.

It came in the midst of 1D’s tour in Thailand after weeks of Zayn growing increasingly unhappy and distant on their world jaunt.

However, Zayn’s departure marked the beginning of the end for One Direction as the rest of the boys – Harry Styles, Louis Tomlinson, Liam Payne and Niall Horan – announced they were taking an indefinite hiatus later that year.

And we’re still waiting for that reunion…

The Tupac is still alive conspiracy theories have become comical over the years with fans all over the world claiming to have spotted the legendary rapper living a lowkey life in places like Cuba and Peru.

But they got the shock of their lives when Tupac did come back – as a hologram – during Snoop Dogg’s Coachella performance in 2012.

Some were thrilled to be able to watch the California Love rapper ‘perform’ on-stage again but others just branded it downright creepy.

Tupac’s hologram has never performed again so that pretty much sums up the feeling about it.

It’s one of the biggest songs of the past decade but Robin Thicke, T.I. and Pharrell Williams’ 2013 collaboration ended in a huge tangled legal mess.

In 2015, the Marvin Gaye estate filed a lawsuit against the musicians claiming there were similarities to Gaye’s 1977 track Got To Give It Up.

A judge then ruled that Robin, T.I. and Pharrell had to pay over half of the royalties – $5.3 million (£4 million) – they earned from the enormously popular track to Gaye’s estate.

The case dragged on and in 2018, a judge ruled that they would ultimately pay an additional $5 million (£3.8 million).

It took Beyonce and Jay Z years to admit they were even in a relationship, let alone married, so when she dished the dirt on his alleged cheating, it knocked us for six.

Bey chose to spill all the tea about ‘Becky with the good hair’ on her critically-acclaimed 2016 album Lemonade and, while our hearts were broken that Jay Z may have cheated on the absolute queen of life, we were thankful that Bey managed to turn it into arguably the best body of work in her solo career.

‘If you try this s**t again, you gon’ lose your wife,’ remains one of the most terrifying lines we’ve heard from Beyonce yet.

Drake is known for being one of hip hop’s most eligible bachelors so it definitely surprised us all when he confirmed he’d secretly fathered a child with former flame Sophie Brussaux.

His rap rival Pusha T actually leaked the news during their beef, forcing Drake to confess he was indeed the father of a son named Adonis.

He raps on the Scorpion album track March 14: ‘She not my lover like Billie Jean but the kid is mine/ Sandi used to tell me all it takes is one time, And all it took was one time/ S**t, we only met two times, two times.’

The picture speaks volumes so we’ll just leave it here…

Who knew we’d all become Beliebers this decade?

The Baby singer had been on a rampage of Bad Boy Biebs behaviour, including an arrest for drag racing in Miami in 2014.

So it was a huge turnaround when Justin dropped the Purpose album in 2015 with a whole new sound and maturity that we all fell in love with.

Sorry, What Do You Mean? and Where Are U Now – absolute bangers and we’re not even ashamed.

Frank Ocean coming out about his sexuality (2012)

We all knew Frank for his refreshing style of R&B but we never really thought much about his personal life.

Still, it was a bold and brave move when he opened up about his sexuality in 2012 and revealed he’d once been in love with a man.

‘I feel like a free man. If I listen closely.. I can hear the sky falling too,’ he wrote in the famous Tumblr post.

Definitely one of the stranger music moments of the decade.

With his thick Georgian accent, fans had just assumed that 21 Savage was born and bred in Atlanta.

So when the news broke that Savage had been detained by the US Immigration and Customs Enforcement (ICE) for being in the country unlawfully, we were highly confused.

It emerged that Savage, real name Sheyaa Bin Abraham-Joseph, was actually born in the UK and moved to the States with his mother as a child.

An ICE spokesperson said at the time: ‘His whole public persona is false. He actually came to the US from the UK as a teen and overstayed his visa.’

Savage was eventually released from custody and his case is still pending.

Lil Nas X was not even a name on our radar until we learned he had a number one hit on the Billboard Country chart with Old Town Road, which was then removed for not being country enough.

Billy Ray Cyrus then stepped in to save the day, remixed the song putting his trademark country flair on the track and then propelling it back to the top of the charts.

From then on, Lil Nas X was a viral sensation and we all had to admit that Old Town Road was a bop.

But rather than fade into obscurity, the musician became a young hero after coming out as gay on the last day of Pride.

He later said in an interview with CBS: ‘Me being in this position, it’s easy for me. But some little boy 10 miles from here, it’s not going to be good for him.’

This decade saw the deaths of some of the most legendary musicians of our time.

Whitney Houston died on 11 February 2012 at the age of 48. The I Will Always Love You singer was found in a bathtub at the Beverly Hilton Hotel after accidentally drowning the night before the Grammys. A coroner later ruled that cocaine use and heart disease contributed to her death.

George Michael died on Christmas Day (25 December 2016) at his home in Goring-on-Thames due to natural causes. He was 53.

Prince died on 21 April 2016 at the age of 57 at his Paisley Park home due to an accidental overdose of fentanyl.

David Bowie died on 10 January 2016 at his New York City apartment following a secret battle with liver cancer. He had just released his final album Blackstar two days before when he also turned 69.

Us 90s kids had hoped for a Spice Girls reunion all decade and we finally got one in the final hour this year.

Geri Horner, Mel B, Emma Bunton and Mel C embarked on an epic stadium tour around the UK over the summer, giving us all the nostalgia we craved.

Victoria Beckham didn’t join the girls but it was a huge success anyway.

But scandal struck when Mel B revealed she’d once slept with Geri in the 90s causing quite the stir.

READ  Elvis Presley: Nancy Sinatra talks 'FLIRTING' with the King as she spills on relationship
Share on FacebookShare on TwitterShare on PinterestShare on Reddit
newsgrooveDecember 25, 2019 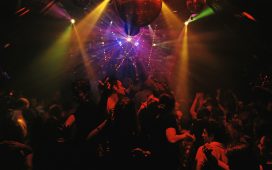 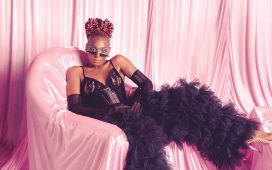 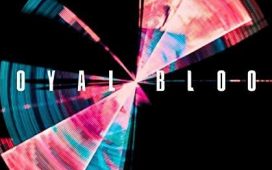 Little Mix are ‘adapting’ to being a girlband without Jesy Nelson: ‘It’s quite exciting’