Friends: Shock poll reveals whether Ross and Rachel really were on a break 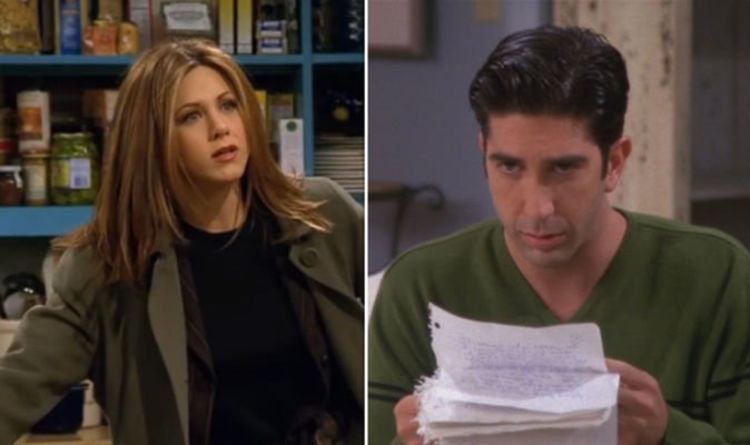 Friends fans will remember the shocking episode that saw Ross Geller (played by David Schwimmer) and Rachel Green’s (Jennifer Aniston) relationship take a major blow after Ross spends the night with another woman.

After Ross continued to smother Rachel, showing up at her workplace and expressing his jealousy of her co-worker Mark (Steven Eckholdt), Rachel finally tells Ross she needs to “take a break…a break from us”.

However, things go badly wrong after Rachel waits by the phone for Ross to call, but meanwhile, Chloe (Angela Featherstone), also known as “the hot girl from Xerox place” asks Joey and Chandler out to a club.

After feeling blown off by Rachel, Ross assumes the worst and doesn’t protest when Chloe makes a move on him.

But, things get complicated after Rachel didn’t see the break as serious and classes Ross’ act as cheating, based on the fact it had all taken place in the space of a day.

The episode marked the start of the “we were on a break” era that continues to pop up now until the last season of the show.

The fandom was split with each side having a case, but it seems the score has finally been settled after dating app Plenty of Fish released a user poll earlier this month.

The poll was active over a two day period with 1,865 individuals take part from August 14 to August 16, and the results were shared by The Wrap earlier this week.

The results are clear with 60 percent of singles thinking the pair were on a break at the time of the incident, meaning Ross never cheated on Rachel.

The results come after Ross’ most hated love interest was revealed, and it’s not the girl he cheated on Rachel with.

Casting back to the season one finale episode entitled ‘The One Where Rachel Finds Out’ sees the waitress rush to the airport to tell Ross how she feels after realising the meaning behind his sentimental gift.

However, the trip ended in heartbreak as Ross walked in with his new girlfriend Julie (Lauren Tom) who he reconnected with in China, and it seems fans weren’t too happy about the new courtship.

In conversation with Today, the Julie actress recalled her frosty reception on set revealing fans gave her a difficult time while filming.

Lauren said: “I wasn’t prepared for the amount of venom I was about to receive in a live audience where they actually booed my character,” she said.

“And, of course, I was trying very hard not to get my feelings hurt. So I had to get used to that.”

However, the star said she understood why fans didn’t take to Julie, revealing that she was also a big Ross and Rachel fan herself.

Lauren added: “But I did understand intellectually that, you know, the audience was meant to be rooting for Rachel.

“Even I was rooting for Rachel, on some level, ’cause I was a fan of the show.”

Friends is available on Netflix.

READ  The Big Bang Theory’s Kaley Cuoco teases ‘something special’ as she films with Johnny Galecki
Share on FacebookShare on TwitterShare on PinterestShare on Reddit
newsgrooveAugust 29, 2019