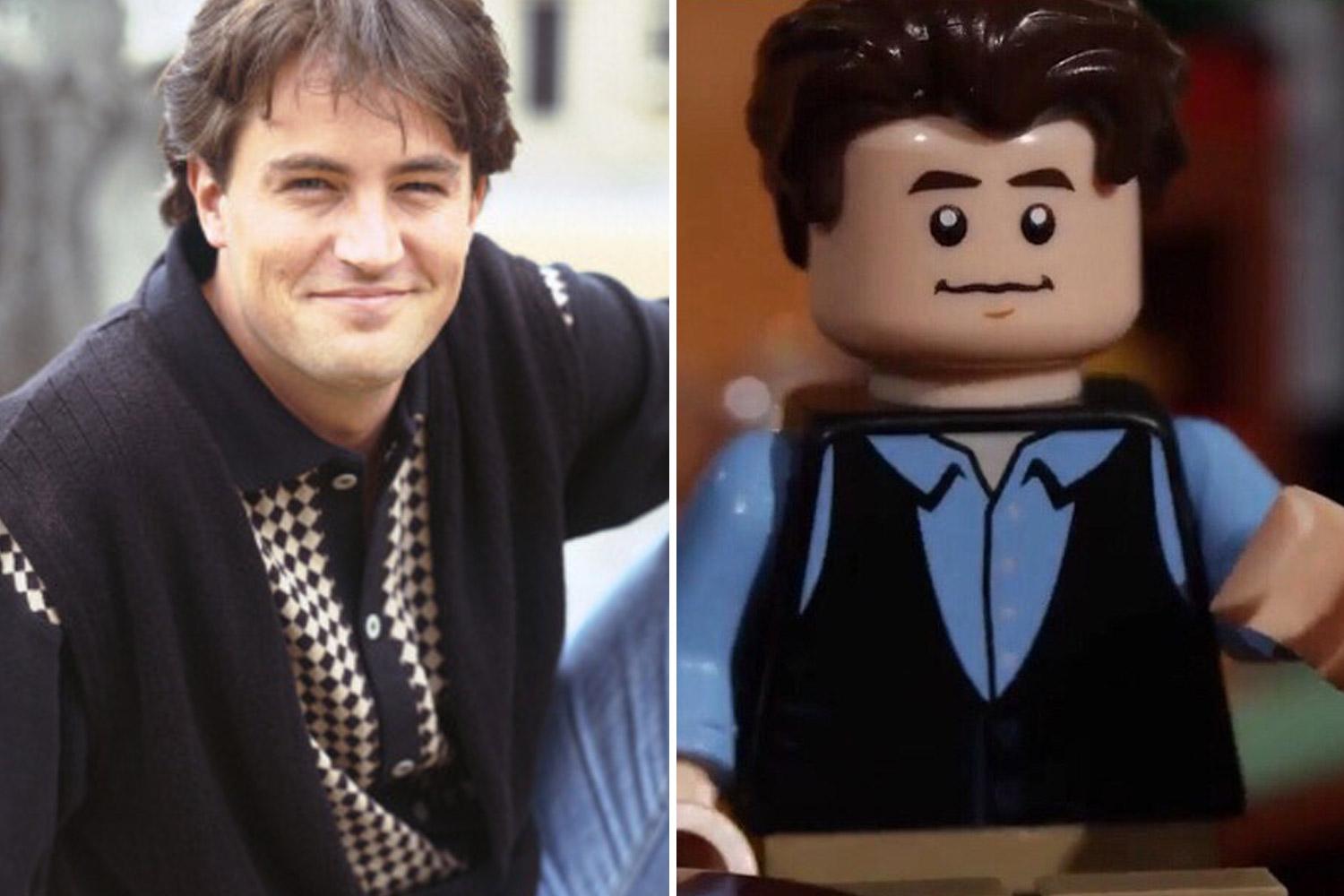 Could Matthew Perry BE any more impressed by Lego’s Chandler Bing figure?

The Friends star has weighed in on his toy likeness after Lego unveiled a special edition Central Perk set to celebrate the much-loved comedy’s 25th anniversary.

Sharing a photo of his plastic doppelganger – which has Chandler’s signature floppy hair and is even wearing a trademark sweater vest – on Twitter, the actor wrote: “Of the Friends @LEGO_Group I think you can clearly see that Chandler is the most attractive.”

The piece features more than one thousand Lego elements, including TV studio light rigs, a Central Perk branded window and even a tiny guitar for Phoebe.

The Central Perk LEGO set will retail for £64.99 and will be available from September 1.

Perry appeared as Chandler in all 10 series of the hit NBC comedy, which charted the lives and loves of six close friends living in Manhattan and ran from 1994 to 2004.

Discussing her time on the show in an interview with InStyle this week, Aniston revealed that she feels “super nostalgic” about working with her famous co-stars.

“In a way, being on that show was the ultimate trust exercise,” she told the magazine. “There was comfort in numbers there, so we all held each other up.

“I miss a lot about that time. Having a job that was absolute, pure joy. I miss getting to be with people I love massively and respect beyond words.

“These days I’m super nostalgic. Anything can make me go, ‘Aww.’ Even [clothing brand] Fred Segal, I guess.”

Her colleague Schwimmer shut down the possibility of a reunion in a recent interview, however, telling The Lateish Show with Mo Gilligan that the series “ended in the perfect way.”

READ  Nigel Havers on his wife's jealousy and why he chose to present The Bidding Room
Share on FacebookShare on TwitterShare on PinterestShare on Reddit
newsgrooveAugust 9, 2019