If you’ve been wondering why Ryan Reynolds is out trying to sell banal merch, there’s a good reason – it’s his first movie under Disney’s umbrella, ‘Free Guy’.

The first trailer does a good job of lining up the concept as a cross between ‘Tron’, ‘The Lego Movie’, ‘Deadpool’ and maybe a little of ‘They Live’ while also getting the tone across with Mariah Carey’s ‘Fantasy’.

Opinion: Stop buying video games from companies that rip you off – Columbia Chronicle

New Video Games Out This Week: One Punch Man, Bloodroots, and More – Comicbook.com 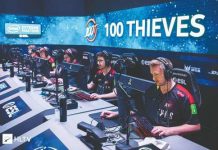