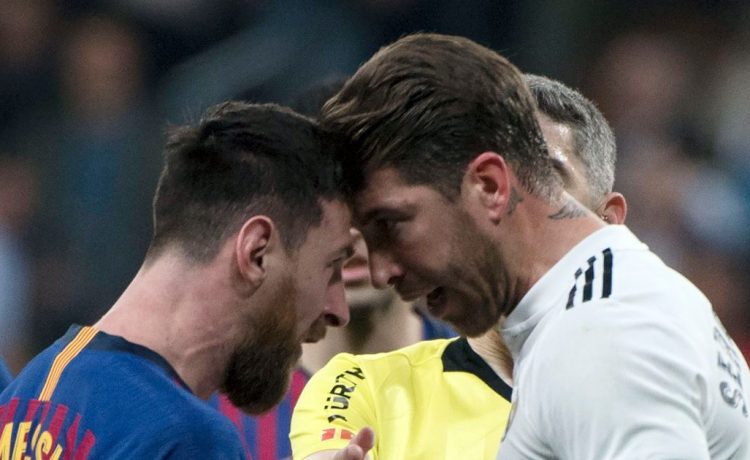 A number of top footballers have officially become free agents after their contracts expired on July 1.

The likes of Lionel Messi and Sergio Ramos are now out of contract and available on a free transfer.

With many clubs still reeling from the financial effects of the ongoing coronavirus pandemic, it is expected that there will be a lot more free transfers this summer and Mirror Football has put together an XI of players who are currently free agents.

Italy’s current number one, Donnarumma is widely considered to be one of the best goalkeepers in the world and he is currently a free agent after his contract with AC Milan came to an end.

The 22-year-old is widely expected to join Paris Saint-Germain this summer, with reports claiming he is set to agree a five-year deal.

Following seven years at Southampton, it was confirmed back in May that Bertrand would be leaving the club at the end of the season and he is now officially a free agent.

The 31-year-old left-back, who has been capped 19 times by England, has been linked with Premier League sides Arsenal and Leicester City.

Despite turning 35 in March, Ramos is still widely considered to be one of the best central defenders in world football.

It was announced last month that he would be leaving Real Madrid after 16 years at the club and the likes of PSG, Manchester United and Manchester City have all been linked with his services.

Following a decade at Bayern Munich which saw him win nine Bundesliga titles and two Champions Leagues, it was confirmed in April that Boateng would not be offered a new deal.

At the age of 32, Boateng has been linked with Tottenham, Roma and AS Monaco and in a recent interview with Kicker he outlined his ambition to “play at the top level for another two or three years”.

After an eventful two years at Arsenal, Luiz has departed the Emirates and he has been linked with former clubs PSG and Benfica.

Arsenal boss Mikel Arteta has paid tribute to the 34-year-old, saying: “I had the privilege to work with him for 18 months, which I really enjoyed.

“We got on really well, we had some great moments together, he has been really helpful, someone that we really like and appreciate so much, so I just say thank you to him and wish him the best of luck in his next chapter.”

The full-back’s time Napoli has come to an end after six seasons, having particularly thrived under Maurizio Sarri.

Hysaj was heavily linked with a big money move to Chelsea in 2018, but Napoli rejected the Blues’ advances and he now looks set to reunite with Sarri at Lazio on a free.

The former Barcelona and Tottenham midfielder is now available on a free after his contract with Chinese Super League side Guangzhou Evergrande expired.

Paulinho decided against signing an extension and reports from Spain claim that Atletico Madrid are interested in his services.

After rejecting Sheffield United’s offer of a new contract, John Lundstram is officially a free agent.

The 27-year-old racked up over 100 appearances for the Blades, having joined them from League One side Oxford back in 2017, and he has been linked with both Burnley and Rangers.

When Manchester United submitted their retained list last month, they stated that they were in discussions with Mata over a new contract.

Reports have claimed that Mata would like to stay at Old Trafford, but his contract has officially expired and he is available on a free transfer.

Just 12 months on from his attempt to force a move away from Barcelona, Messi has become a free agent.

A lot has changed at the new camp since his attempts to leave last year and he is expected to sign a new deal.

The veteran striker has starred for Atletico Madrid and Chelsea over the years, but he is currently without a club having agreed to terminate his contract with Atletico last December.

Costa has been linked with a return to the Premier League and a move to China, but nothing has yet materialised for the 32-year-old.