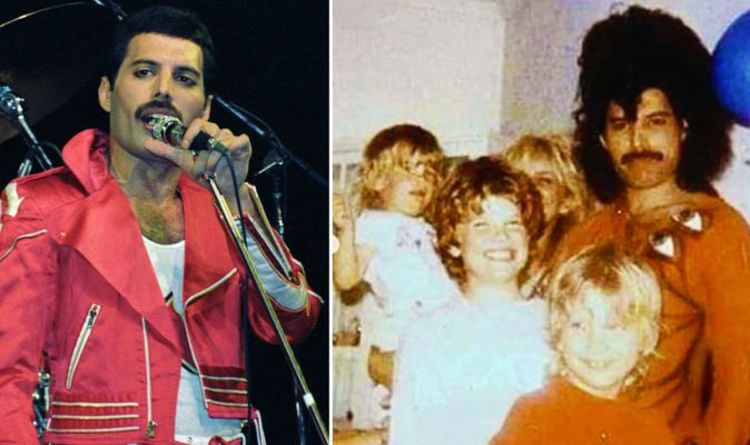 Freddie Mercury: Freddie Mack opens up on their relationship

Everybody knows about Freddie’s love for Mary Austin, which lasted long after they split up in 1976. He even became godfather to one of her sons, Richard. But the Queen star also formed a powerful lifelong bond with another family who gave him a safe haven and a place where he could just “be himself.” Away from the spotlight and costumes, Freddie was a doting, sweet and thoughtful “uncle” to three young boys (and godfather to the youngest) who had him wrapped around their little fingers, prepared to do anything to make them happy. SCROLL DOWN TO SEE THE WONDERFUL PROOF

The producer was Reinhold Mack, who also worked on the Flash Gordon soundtrack with them the following year. He also produced Queen albums Hot Space, A Kind of Magic, and The Works, as well as Freddie’s solo album Mr Nice Guy.

Freddie was based in Munich for the next six years, a reprieve from the relentless press and public attention in the UK. He certainly enjoyed the hedonistic German gay scene and threw his lavish Black and White drag ball birthday party there in 1985 as one last hurrah. But the city also gave him the chance to enjoy real family life as well.

Reinhold already had two sons and the third, John ‘Freddie’ Mack, was born during the recording of 1982’s Hot Space album.

The record was taking so long, Reinhold’s wife famously bet the band they would all have to become godfathers if the baby came first. Freddie and John Deacon honoured the bet.

When she gave birth, Freddie emptied a flower shop to fill her hospital room with blooms and remained devoted to the family for the rest of his life.

Reinhold said: “He would swim in the pool and play table tennis with the kids. He was really good at table tennis. Many times they went shopping with him.”

On movie nights Freddie curled up on the couch (Amadeus was a favourite film) with hot cocoa and told them, “Oh, this is actually like a real family.”

The star even liked to check up on the boys’ progress at school, calling for reports and to ask if they were eating properly.

His godson Freddie Mack spoke to the BBC for the new documentary Freddie Mercury: A Life in Ten Pictures.

He said: “Freddie was there quite a bit during my childhood. He was around our house a lot. Even when he was in London he would fly over… It was a place where he could retreat and be himself and be comfortable.”

READ  Freddie Mercury teeth: Did Queen star have false teeth? Why did they look like that?

Freddie Mercury: The other members of Queen hated the It’s Hard Life video – Can you tell? (Image: GETTY)

Sent to boarding school in India at eight, Freddie had a loving but slightly distant relationship with his own parents and sister Kash.

Friend David Wigg said: “He never ever became close to his parents. I remember him saying to me, ‘You know, my parents never cuddled me.'”

Throughout his life, he built his own family of friends around him but in Germany the star found great comfort, affection and peace with the Macks.

Freddie Mack added: “We were the surrogate family. We gave him that glimpse of domestic family life, free of having to perform. Even to this day, we talk of Uncle Freddie every time we sit down.”

One brilliant day, in particular, was the perfect example of how devoted Freddie was to the children’s happiness.

Freddie was notorious his whole life for his love of giving presents. His godson has very happy memories of giant teddy bears and rocking horses or going to Harrods in London and being told choose anything he wanted.

When Freddie asked Julian Mack what he wanted for his 12th birthday he demanded the star come to his party in his outfit from the It’s A Hard Life video.

Brian May and Roger Taylor have openly called it their least favourite video, due to the ludicrously OTT costumes. Freddie, of course, loved his own – a bright salmon pink bodysuit covered in giant eyes with huge feathers for a tail and a massive wig.

READ  Queen and Adam Lambert charity gig: Here’s how YOU can get FREE tickets

But would he wear it to a suburban home for a children’s party where nobody else was dressed up?

Anyone who knew Freddie knows the answer – but not because he loved costumes and showing off.

Indeed, Reinhold said: “He didn’t come to the door in the costume. I heard him changing in my bedroom muttering, ‘I can do this on stage. I can do this at this party…'”

Freddie Mack said: “When Gaga came over I was actually disappointed a lot of the times because I was expecting those costumes and crowds cheering and he would always say, ‘Sorry, darling, I’m actually quite boring. This is me, this is it.”

Thoughtful and protective to the end, Freddie wanted the family shielded from his illness and decline.

Freddie Mack said: “I knew he was ill, he kind of put up a safety barrier, not for him but for us as a family. He wanted to basically preserve the memories we had and not see him go through this transformation.”

So, how does he remember the star?: “Ein stolzer godfather – a proud godfather.”

Freddie would have loved that.

FREDDIE MERCURY: A LIFE IN TEN PICTURES IS AVAILABLE ON BBC IPLAYER 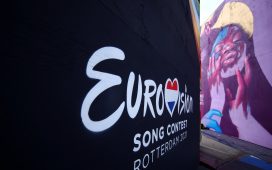 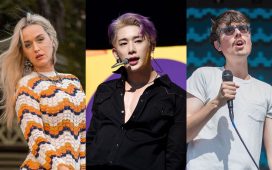 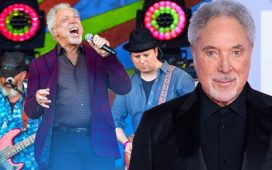