Freddie Mercury: Cheeky Queen star made money doing this NAKED as a student 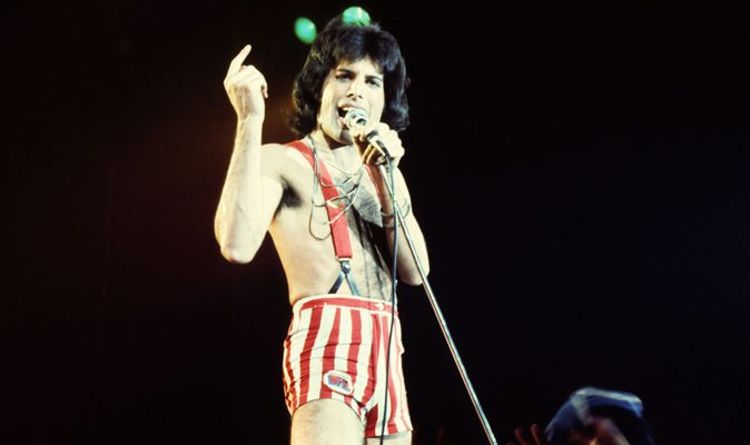 Freddie always appeared so confident, such a showman. But it’s important to remember he was also very shy by nature. Even more so when he was still a self-conscious young man who had just arrived in the UK from distant Zanzibar. So, it’s rather extraordinary to learn what he used to do to make quick money as an impoverished art student.

In 1966, aged 19, Freddie left Isleworth Polytechnic with an art A-level.

Already passionate about music, that year he saw Jimi Hendrix make his UK TV debut on Ready Steady Go. Adulation turned to obsession and Freddie began to follow the unique star at gigs across the country.

And he needed money to do it.

He enrolled at Ealing art college, following in the footsteps of The Who legend Pete Townshend. There were only two men in his year and they quickly discovered a lucrative way to make easy money.

In the ‘Swinging Sixties” that small pocket of streets was the epicentre of London (and indeed, European) Fashion and youth culture.

And Freddie was already exploring the heart of it, hungry for experiences and exposure to the newest sights and sounds.

“I found Hendrix interesting,” Malden said, “But not to the extent that Fred did. He idolised the man.”

In fact, years later, Roger Taylor revealed that Freddie had nearly been expelled from college over his lifestyle.

Taylor said: “He was taking too much time off from college to go and see Hendrix.

“But [Fred] talked his way into switching to the graphics course instead. I sometimes wonder if he did it on purpose as a way of prolonging his time at the college and deciding what he was going to do with his life.”

Freddie was unapologetic about his love for Hendrix at the time: “Hendrix was living out everything I wanted to be.”