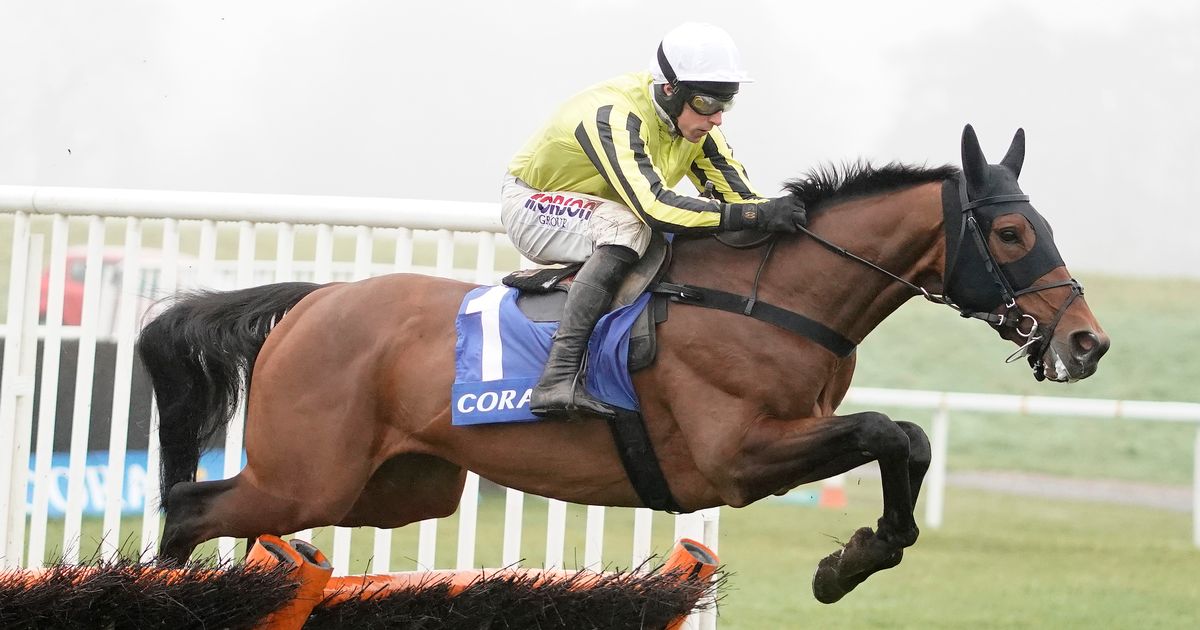 The former Flat racer has only one way of running and put in a spirited display in the Grade One Coral Finale Juvenile Hurdle on Welsh National day.

Cerberus moved in the leader’s slipstream in the straight, but Harry Skelton’s mount found plenty for pressure to score by nine lengths.

In three runs over hurdles he has not seen another rival and the sponsors make him 10/1 for the Triumph Hurdle in March.

“Once he hit the downhill ground, he was off,” said the trainer.

“It’s hard to bridge the gap on a horse that is keeping going and that’s what he was doing.

“He’ll obviously go to the Triumph. I tried to give him a break after Cheltenham last time but he wouldn’t let me.

“He just wanted to run and we had to start training him again because he just wouldn’t accept a quiet time.

“Perhaps if we do the same again it’s not going to happen.”

Ridden by the yard’s conditional jockey William Marshall at home, a conservative approach to training seems to work the oracle.

“He was a highly rated horse on the Flat yes but I remember when Tim (Gredley) sent him to me and after a week I said ‘he might not have the head for this’, so he’s a credit to himself really that he keeps going,” Skelton added.

“I never work him at home. He does two or three canters, he goes as slow as he can possibly go.

“Hopefully that will help him last.”

All three of the leading contenders at this stage are habitual front runners.