Both playmakers have been tipped to join the Blues after their transfer ban was lifted leaving them free to splash the cash.

Sancho has been linked with a move back to the Premier League in a club-record £100million move from Borussia Dortmund to Stamford Bridge.

Crystal Palace winger Zaha is also on Lampard’s radar as he eyes a fresh challenge at a Champions League club.

After edging past Lille in unconvincing fashion to secure their spot in the knockout stages, Lampard admitted he is keen to secure a direct replacement for playmaker Eden Hazard, who left for Real Madrid in the summer.

“I think it will be very fluid and there will be discussions from now about how we will strengthen,” Lampard told BT Sport.

“We lost a lot of goals and creation with Eden last year, in his particular position.

“We missed some chances and we can probably push and look at strengthening in those areas.”

Zaha, meanwhile, has remained Crystal Palace’s main outlet – but his agent hinted last week he is ready to move on and would be open to a January move amid claims he has already made contact with Chelsea .

“I think he really deserves a new challenge and a top club, because he is really a top player,” Federico Pastorello told Sky Sports News .

“It is surprising me because I read about a possible move in the summer but he stayed again.

“But this season he is proving that he is very focused and concentrated, so think he could be another good opportunity in the January market.”

Whilst Chelsea are eyeing attacking reinforcements, Glenn Hoddle advised Lampard to shore his side up defensively.

“They do need tightening up, Chelsea, as a team defensively,” Hoddle said on BT Sport.

We saw them play against Valencia and it was like a schoolboy game, that game could have been 12-12. It’s ridiculous.

“But Chelsea certainly, Frank’s got to look at that long term, to when to tuck the belt in, when to just say ‘Look, let’s play 5-10 minutes’.

“[Cesar] Azpilicueta in the last [few] minutes [against Valencia] and seconds was doing overlaps – he was playing right-sided centre-back in a five.” 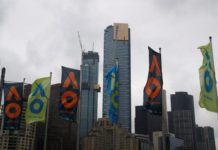