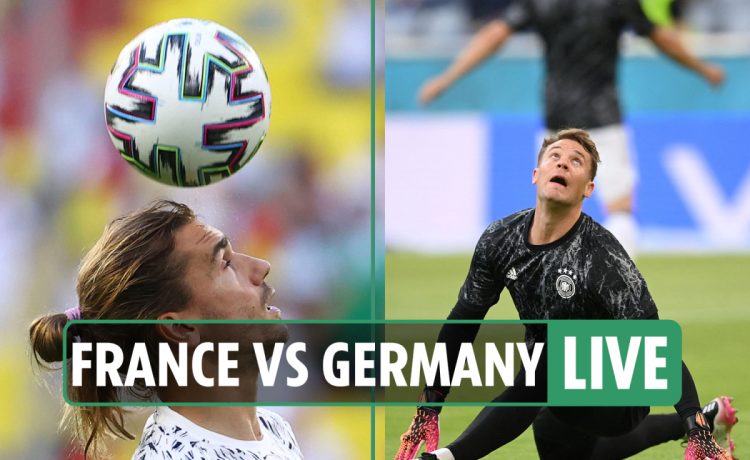 If ever there was a big group-stage game, this would be it – European heavyweights going head-to-head.

Two world champions come up against each other in Munich, as France and Germany kick off their Euros campaign.

Current world champions France have a teamsheet that reads like a list of all-stars, while the German team isn’t to be sniffed at.

History favours France this evening, as they have won 14 of their last meetings to Germany’s ten, but as we know.. anything could happen!

Les Bleus have an added boost in the shape of both Karim Benzema and Antoine Griezmann who have both been deemed fit enough to play this evening.

The pair were struggling with niggles after their friendly victory over Bulgaria but have recovered enough to make the trip to Munich.

However, German midfielder Leon Goretzka will miss the fixture, as he struggles to overcome a leg injury, but there is still a whole host of big names who make up Germany’s midfield.

Emre Can, Ilkay Gundogan, Kai Hamertz, Joashua Kimmich and Toni Kroos are just a handful of names that can be called upon, while they also have plenty of options to make up their forward line.

The Group F of death sees Hungary forced to contend with Portugal, France and Germany and with minnows Hungary currently holding Cristiano Ronaldo’s side to a goalless draw, it really is all to play for this evening.