NewsGroove Uk
NewsGroove Uk > Travel > France on holiday: a day at the beach in Sanary-sur-Mer
Travel

France on holiday: a day at the beach in Sanary-sur-Mer

On the southernFrench coast between Toulon and Marseille, Sanary-sur-Mer has always been a popular destination for boat-lovers and beach-goers and last year its market was voted the most beautiful in France.

Smoke from the roasting chickens spreads over the stalls of olives, lavender honey and trays of pickled garlic and on to the giant swordfish and tuna on the tiny metal counters on the harbour. I join the queue for cade, a spongy pancake made from chickpea flour, baked in the food truck’s wood-fired furnace, which has been a tradition in Sanary for more than 200 years.

During summer weekends, owners of the town’s hundred or so pointus, brightlypainted wooden fishing boats, take people for free tours of the harbour and surrounding waters. It is organised by the Association des Pointus de Sanary, all wearing marinière striped jerseys.

Jean Luc Ercolani looks like a rebel. No marinière for him. He helps me into his boat and I see a tattoo of a kraken poking out from under his T-shirt sleeve. He tips his seafaring leather hat and we’re off towards the rust-coloured coastline.

“I named the boat Serenità [serenity], which is my philosophy on life,” says Jean Luc. “She has an old soul. I used to have a motorised dinghy but I prefer the authenticity of the pointu. They were fishermen’s boats so are very stable: they had to go out in all weathers.” Jean-Luc’s pointu has a lovingly varnished teak deck and dates from the 1970s but others in the harbour were built in the early 1900s. “Sanary is proud of its pointus,” he says. “In December they cover the boats in fairy lights.”

Back on shore, I wander along the port esplanade where Le Galion has already started dishing out moules frites and crêpes. Visitors are boarding a ferry to pastis baron Paul Ricard’s island Les Embiez, and the bright red Sanary Explorer, half-boat, half-submarine, takes trips to see the starfish, sea urchins and meadows of Neptune grass.

The walk to Portissol beach takes around 15 minutes, up the steep Montée de l’Oratoire to Notre-Dame de Pitié. The chapel was founded in 1560 and looked after by hermits who lit warning fires if there were Barbary pirates, the Duke of Savoy or a storm approaching.

At the top of the hill is the Villa Baobab, home of the late scuba-diving pioneer and underwater film-maker Jacques Cousteau, who ended up in Sanary after fleeing the Nazis along with members of the German and Austrian literary scene, Thomas Mann, Joseph Roth, Klaus Mann and Stefan Zweig.

Portissol beach fills up early but is then abandoned at lunchtime as sunbathers head for the nearest beach restaurant, leaving a waffle pattern of towels on the grainy sand. A family waves me over. “We saw you on the boat this morning!” They look at each other and laugh, three generations sharing a beach towel. “You looked a bit green. I said to Pierre-Alain [her son], ‘Look at him gripping the sides!’” The Mistral wind can make things very choppy in Sanary-sur-Mer.

I walk along the Quai Sud, a walkway at the side of the beach where there’s a seawater lagoon reserved for children practising snorkelling, and, a little further on, a diving zone where buoyant adolescents are leaping backwards into the sea. At the far end of the rocks is a cove where the smokers, dogs and inflatable beach balls hang out, none of whom are allowed on the main plage.

Portissol has a thick hemline of washed-up Neptune grass between sand and sea. “It’s illegal to remove it now,” explains Axel Zoellin, who works at the beach restaurant Ô Petit Monde. The grass protects the beach. “It gets very busy here as the beach is sheltered from the wind and popular with families. We prefer to go swimming in the rocky creeks along the coast.”

Axel grew up nearby, like his co-worker Luna Penn, but they actually met in Australia. Un vrai petit monde. The trendy restaurant is a cabin of modern furniture and driftwood, open every day, even during the winter, with live music on Sundays and five guestrooms upstairs. “We can seat 200 people, but out of season, it’s just locals who come,” says Zoellin.

Sanary’s 21m-high stone watchtower is the emblem of the town and stood there, isolated, from the middle of the 13th century until 1507 when local inhabitants were allowed to build homes attached to its base. It stays open until 9.30pm on summer weekends, so I climb up the stone stairs and ladders to its terrace, perfect for watching the sunset.

Dinner is at Hôtel de la Tour which has been run by the Mercier family since 1936. I have the fish soup and monkfish medallions but every other table has ordered the poisson en croûte de sel, a whole sea bass baked inside a mound of salt. Waiters crack open the salt crust with wooden mallets and ladle away the crystals, a theatrical excavation that serves two-three. My wife looks up from her scampi and we decide to be braver next time.

Midnight, back on the portside, the night market is coming to an end and a street performer finishes with Charles Trenet’s La Mer under the harbour’s palm trees. I take the late-night trip on the Sanary Explorer, whose underwater lights pick up the moray eels phytoplankton and wake up any fish who’d already turned in for the night in the Neptune grass.

• Hôtel de la Tour has doubles from €88 B&B; its restaurant serves a two-course lunchtime formule for €24. Ô Petit Monde on serves mains from €22 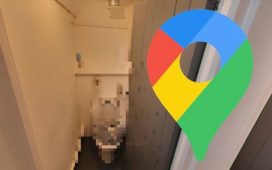